Bríd and Seán O'Toole died within 37 hours of each other earlier this week. 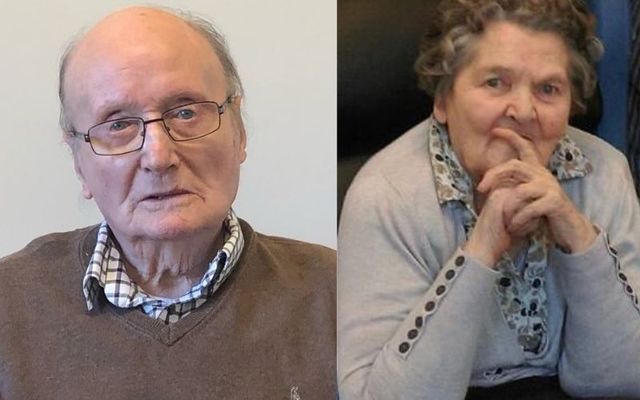 Tributes have been pouring in for the elderly couple. Rip.ie

Tributes have poured in for an elderly Irish couple who died within two days of one another at the same Wicklow hospital.

Bríd, 95, and Seán O'Toole, 97, both died in Baltinglass Hospital in Wicklow this week. Seán sadly died on January 10, while his wife tragically died just 37 hours later in the early hours of January 12.

The couple was laid to rest in a joint-funeral service on Wednesday.

Seán opened his own grocery store in Weavers' Square in the 1950s around the same time that he married his wife in 1958.

Both Seán and Bríd's hearses were brought through Weavers' Square ahead of their private funeral service on Wednesday.

Seán also served as President of Baltinglass GAA Club and the club posted a heartfelt tribute on Facebook.

"It is with great sadness and regret that we have learned of the sad passing of our Club President Seán O'Toole," Baltinglass GAA Club said on Facebook.

"Seán played in the first senior final Baltinglass were involved in, he played corner back in 1956 when they drew with St Pats in the County final and were beaten in the replay, previous to that he played intermediate.

"Seán served as President of the club for 20 years and was always a very highly respected member of the community here in Baltinglass.

"The club offers our sincere condolences to Seáns family, his wife Bríd, his sons John and Martin and all the extended O'Toole family at this very sad time."

Meanwhile, local tributes also flood in for Bríd O'Toole, with one tribute describing her as a "much loved sole teacher in the one-room Davidstown National School in the Glen of Imaal for many years, before moving to Bigstone when Davidstown was closed down".

The couple is survived by their two sons Martin and John in addition to their grandchildren Aislinn, Lorcan, Cormac, Cathal, and Sarah.