Local boat operators in Dingle, Co. Kerry will be offering free boat trips out to the entrance of the harbor with donations going towards two local charities. 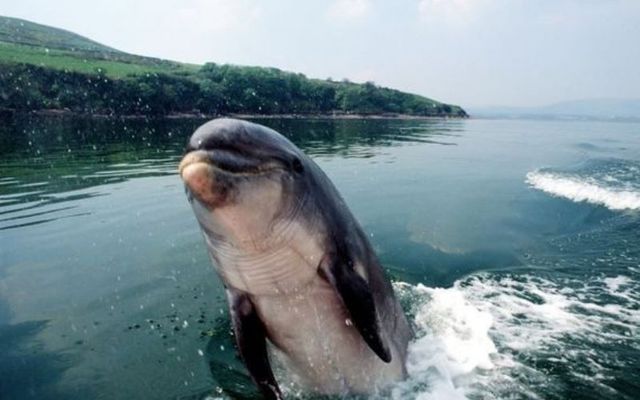 Fungie the famous Dingle Dolphin, who sadly went missing last year, is to be given a day of celebration in his hometown in County Kerry.

On October 17, local boat operators in Dingle will be offering boat trips out to the entrance of the harbor for a day of celebration for the solitary dolphin who spent 37 years in the area.

The boat trip will be free of charge and instead, people are encouraged to donate to two local charities "Dingle Coat and Cliff Rescue" and "Mallow Search & Rescue."

On the day people will be sharing their own personal experiences of Fungie and it's hoped that "in coming together, remembering Fungie, the spirit of Fungie lives on."

Fungie first arrived in Dingle Harbor in 1983 and entertained tourists and local fishermen with his friendly and lively nature.

After he was announced missing last October, during the beginning of Ireland's second nationwide lockdown, fear grew for the dolphin's whereabouts as he never usually disappeared for more than five or six hours. Boat searches were extensive but were eventually called off.

Throughout the past year, there have been various sightings of Fungie around Ireland but none have been confirmed to be the Dingle dolphin, who is easily identifiable due to his distinctive markings.

To this day the mystery of what happened to Fungie or where he went is still unknown.