Fungie, the famous dolphin from Dingle, is getting lonely now that visitors are staying away due to coronavirus restrictions. 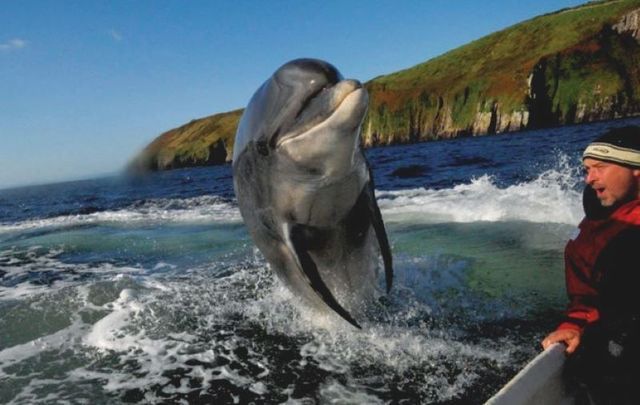 Fungie the dolphin is getting lonely now that visitors are staying away during the coronavirus lockdown.

The playful bottle-nose dolphin has resided off the coast of Dingle, in Co Kerry, for over 37 years and is a massive draw for tourists in the region.

Leisure tours are banned due to COVID-19 restrictions, and the dolphin, who is used human contact, appears to be “out of sorts,” according to locals closest to him, TodayFM reports.

Fungie, who has been known to seek out human interaction, usually spends his day swimming with the local boats carrying tourists and often interacts playfully with swimmers, divers, and surfers.

Jimmy Flannery a founding member of the fishermen's group which set up the Fungie tours told the Irish Examiner that Fungie is following fishing boats but they don’t have the time for him.

Fungie, who was first sighted off the coast of Dingle in 1983, was added to the Guinness Book of World Records last year as the “longest-lived solitary dolphin.”