Amanda Hennigan has brought High Court proceedings against CLRG, claiming that the Irish dance organization's investigation into allegations against her is "flawed." 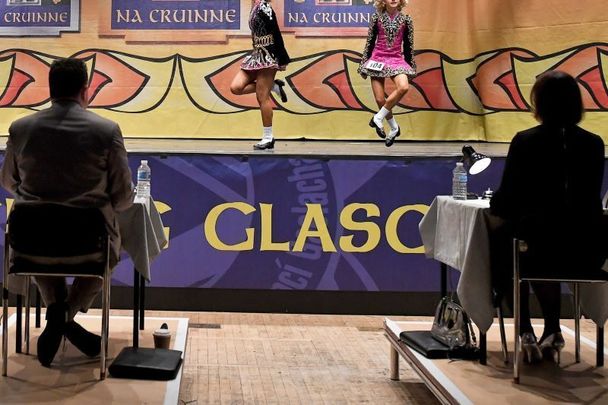 Amanda Hennigan, an Irish dance teacher and adjudicator based in the UK, has brought High Court proceedings against An Coimisiún Le Rincí Gaelacha (CLRG) regarding the organization’s investigation into allegations of so-called ‘feis fixing.’

Hennigan, who says she is amongst the teachers and adjudicators who have been suspended by CLRG as the organization conducts its investigation, claims that the investigation into the allegations against her is flawed and should be halted.

While CLRG, the oldest and largest competitive Irish dance organization in the world, has previously confirmed Irish dance teachers and adjudicators had been suspended amidst the disciplinary proceedings, it did not make public who or how many were suspended.

CLRG has previously said it is "restricted from commenting on the names of those involved and the nature of any allegations" and that those involved have "a right to clear their name and to offer a defence against these allegations."

Hennigan's proceedings are reportedly believed to be the first of several similar actions against CLRG being contemplated by other people who are currently suspended.

Hennigan’s matter came before Justice Brian O’Moore at the High Court this week. O’Moore granted permission on an ex-parte basis to serve short notice of the injunction proceedings on CLRG.

Hennigan reportedly denies any wrongdoing and claims that the CLRG's investigation into the complaints against her has been flawed and prejudged from the start.

In her proceedings, Hennigan is seeking various orders, including one halting the disciplinary proceedings against her, as well as an injunction lifting her suspension from adjudicating until her High Court action has been determined.

At the High Court, Hennigan’s counsel Gerard Meehan SC, with Michael O'Doherty Bl, instructed by Cork-based solicitor Niall Colgan, said that Hennigan makes no complaint against Justice Michael Peart, but is critical of the CLRG's handling of the matter.

Peart had been retained by CLRG to conduct an independent investigation into the allegations that has since recommended 44 cases move to disciplinary proceedings.

She also claims that the material, including the documents outlining the complaints against her and others that were published online, was defamatory of her and that CLRG should have taken steps to have it taken down.

In early October, CLRG confirmed it had launched an investigation after a file containing screenshots of messages amongst Irish dance adjudicators and teachers seeking favors for upcoming competitions circulated online.

Hennigan claims that CLRG had been aware of the identities of the persons against whom complaints had been made and despite this, it failed to contact her about the complaints for some months, she alleges.

Soon after CLRG confirmed it had launched an investigation, it issued a statement outlining the steps it had taken since receiving the complaints in July.

Hennigan, who earlier this year, before the complaints came to light, launched a crowdfunding page for her Irish dance students to attend top-level competitions, says that Irish dance is her only source of income.

Since being notified of her suspension, Hennigan says she has been contacted by parents of dancers in her school about switching to other schools. Additionally, due to her suspension, she will not be able to host her school feis (dance competition) which is scheduled for January.

Hennigan claims that the allegations have resulted in a “presumption of guilt” over her, which has damaged her health, and her relationship with other family members involved in her school.

Judge O’Moore made the matter returnable to a date in January, when the new legal term commences.

The proceedings come less than two weeks after CLRG hosted an Extraordinary General Meeting in Belfast. At the meeting, four motions were voted upon; three passed, while the motion calling for chairperson James McCutcheon to resign failed.