CLRG is set to consider four motions at its Extraordinary Meeting in Belfast on Saturday, prompted by the cheating allegations that have rocked the Irish dance organization. 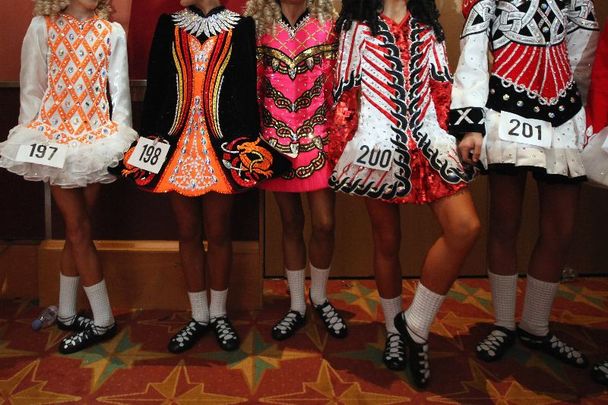 Members of An Coimisiún le Rincí Gaelacha (CLRG), are set to consider a motion calling for the resignation of Cathaoirleach (Chairperson) James McCutcheon at an Extraordinary General Meeting to be held in Belfast tomorrow, December 10.

The Extraordinary General Meeting (EGM) has been called by CLRG, the oldest and largest competitive Irish dance organization in the world, at the request of 45 members of CLRG.

Four motions, including one relating to McCutcheon's resignation, are set to be considered on Saturday, an email issued by a representative to CLRG and seen by IrishCentral on December 9 said.

The four motions "reflect the polls that were taken at the Teachers Meeting held on Tuesday 25th October 2022" and were submitted by 45 CLRG members, the email said.

Motions to be considered by CLRG at the Extraordinary General Meeting

The first motion to be considered states: “We request that the chairperson stands down immediately and that an interim chairperson be installed to conduct the business of that post, until such time as fresh elections can take place."

The reason given for this motion says: "The current chairperson of CLRG finds himself in an untenable situation due to the massive vote of no confidence in his management of this crisis.

"His continuance in this post will further damage the reputation of CLRG and Irish dancing globally which will jeopardise the future of the organisation as we know it."

The second motion to be considered on Saturday states: "That CLRG source all associated relevant professional expertise required of an independent reputable and impartial change management consultant firm to undertake a strategic review of CLRG, its constitution, the entire organisational structure including all share and stakeholders and financial report."

The reason for this motion states, in part: "Restructuring CLRG and updating our constitution is the perfect opportunity to reflect not only on the current position of the organisation, but also taking steps to ensure it is appropriate for what the future may look like."

The third motion seeks a new committee to review CLRG's rules, procedures, and practices "to address the risks, complaints, and any flaws highlighted by recent allegations."

An average of 98% of those polled in the teacher's meeting in October were in favor of a full review of CLRG's "rules, procedures, and practices," the email says.

The fourth motion relates to the amendment to disciplinary procedure 3.8.4. to add the words "along with details of the upheld complaint and reasons for the written sanction plus."

The proposed amendment reads: "To ensure that justice is seen to be done, once written sanctions have been imposed and the appeals system exhausted, the name of the sanctioned member along with details of the upheld complaint and reasons for the written sanction plus the level and duration of the sanctions imposed will be made known at the next meeting of An Coimisiún le Rincí Gaelacha and forwarded to the organisation/subsidiary/affiliated body which that member represents (if any). No other details will be released."

The EGM is set to be held just two days after McCutcheon said that CLRG's independent investigation has recommended that 44 cases proceed to "full disciplinary hearings."

It is also unclear if those involved would have been partaking in tomorrow's EGM.

Ahead of the EGM, members of the CLRG community voiced their concern that the meeting would be held in person, as opposed to hybrid, which would have given attendees the opportunity to engage virtually.

IrishCentral understands that the EGM is set to go ahead with the in-person format on Saturday.

The EGM comes just over two months after allegations of so-called 'feis-fixing' rocked CLRG. A complaint, seen by IrishCentral and circulated on social media, implicated at least 12 Irish dance teachers and or adjudicators in asking for certain placements and favors before Irish dance competitions even began. Some of the favors requested were sexual in nature.