The Irish government has reportedly agreed upon September 21 as the reopening date for Ireland's "wet" pubs which have been closed since March. 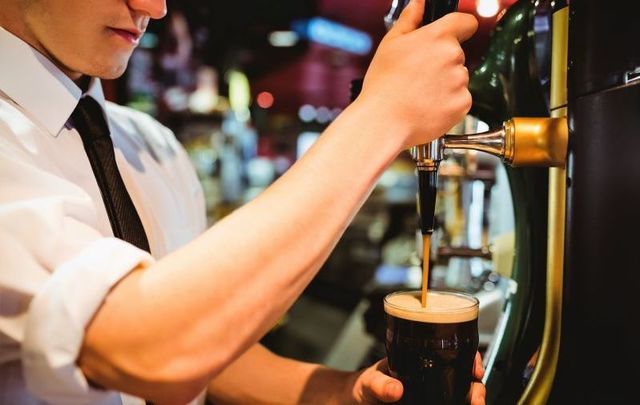 Ireland’s “wet” pubs - pubs that do not serve food - are set to be reopened from Monday, September 21 pending Ireland’s “epidemiological situation”

“The National Public Health Emergency Team has advised that this is appropriate, that pubs can reopen in Ireland from the 21st of September subject to strict guidelines being followed," Simon Harris, Ireland’s Minister for Further & Higher Education, Research, Innovation & Science, told reporters following a Cabinet meeting on September 8.

He continued: "It won't be the pub experience that perhaps you and I were used to before. It will be table service, not going to the bar, all of that normal stuff that we've become used to perhaps in restaurants and pubs serving food.

"Fáilte Ireland [the National Tourism Development Authority of Ireland] have issued draft guidelines already to publicans over the weekend, I believe they will now be refined and updated in the coming days.

"Obviously, none of this trumps any advice that NPHET may have to give in relation to any part of the country now or into the future."

Harris, who said "pubs across the country can open from the 21st of September," reiterated that "public health advice and the epidemiology fo the virus at any time will always supersede that decision."

.@SimonHarrisTD tells @IrishMirror NPHET have advised that it’s appropriate for pubs to reopen from Sept 21 but with strict restrictions. He said we’re at a “delicate” point regarding COVID. pic.twitter.com/bNameEtWM8

A government spokesperson said later on September 8: "Obviously it's subject to the epidemiological situation, but at this point in time the Cabinet has decided that 21st of September is the date for reopening.

"If there is a change in the situation between now and then it won't just affect the pubs, it will affect all businesses."

Over the weekend, draft guidelines for the reopening of Ireland's wet pubs were circulated to publicans. The restrictions appear to be very similar to the restrictions that Ireland’s pubs that serve food, which were permitted to reopen on June 29, are currently subject to.

The draft guidelines “stipulate that physical distancing can be relaxed to 1m in a controlled environment, but that pre-booking and time-limited slots will not be required if a physical distance of 2m can be maintained,” according to The Irish Times, who obtained a copy of the guidelines.

The draft guidelines further indicate that customers must be able to enter and exit through separate doors, where possible, with doors propped open if fire regulations allow. Bar counters cannot be used for seating. The name and phone number of one person from a group must be taken and kept for 28 days in order to facilitate contact tracing. Online reservations are encouraged “as not only will this communicate new procedures and practices, but it will also limit the requirement for queueing.” Customers must vacate by 11:30 pm.

The Vintners’ Federation of Ireland (VFI) and the Licensed Vintners Association (LVA) issued a joint statement on September 8 welcoming the news of a reopening date: “Non-food pubs will have been closed for 189 days – more than 6 months – by the time they get to reopen.

“Pubs were the first part of the economy to close at the beginning of the crisis, with pubs across the country closing their doors in the interest of public health on 15th March 2020.

“This will be the fourth reopening date provided to the nonfood pubs, with the Government previously having delayed reopenings scheduled for 20th July, 10th August, and 31st August.

“Currently, 3,500 pubs across the country remain closed, impacting approximately 25,000 employees as well as their families. It was also noted that the Government was likely to force thousands of these pubs into defaulting their mortgage should they have not been allowed to reopen, with the six-month moratorium due to close at the end of September. The banks had indicated to the vintner representative bodies that this moratorium could not be extended.

“Strict guidelines have been put forward by the Government which will require table service only.  The guidelines also put a strong emphasis on social distancing."

Read More: Two-thirds of Irish pubs could close permanently because of COVID

Donall O’Keeffe, LVA Chief Executive, said: “It’s about time this decision was made. We feel there was little justification for the Government to have repeatedly delayed the reopening. If all pubs are following social distancing then they should all have had the opportunity to get their doors open long before now. The vast majority of pubs have acted incredibly responsibly during this crisis and the pubs still closed have taken a real hit for the good of public health. It is about time that this contribution was acknowledged by the Government. We look forward to raising a glass once these pubs do get to open their doors again after six long months.”

Padraig Cribben, Chief Executive of the VFI said: “We have been marched up this hill several times before however, this will come as a real relief to the 3,500 pubs across Ireland who are still closed as well as their staff and all the families concerned.

“The Government have belatedly acknowledged that we need to live with this virus and that meant having the pubs reopened. The conditions facing these pubs will be tough once they reopen having completely missed the summer tourist season, strict guidelines being in place and their capacity severely impacted. The support package put forward by the Government was derisory and this financial reality facing the pubs who are still closed needs to be recognised in a meaningful way.

“However at least there is now a sliver of light after what has been a very dark six months.”