Fáilte Ireland also said on Tuesday that Ireland's HSPC is considering "a potential reduction" for the 2-metre social distancing guideline. 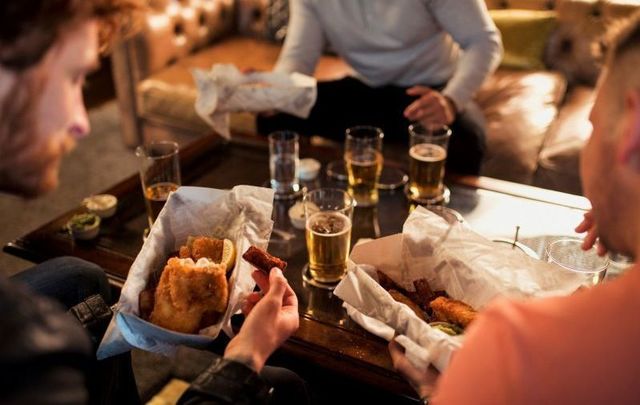 Fáilte Ireland said that pubs in Ireland that plan to reopen on June 29 must serve meals that cost "not less than €9." Getty Images

Fáilte Ireland has provided some clarification regarding the proposed June 29 reopening of pubs in that serve food in Ireland.

In a statement issued on June 16, Fáilte Ireland, Ireland's national tourism development authority, said: “Any food offering will be required to be a substantial meal (as defined by the Intoxicating Liquor Act 1962: ‘the meal is such as might be expected to be served as a main midday or evening meal or as a main course in either such meal’) and will be required to be of a kind for which it would be reasonable to charge not less than €9.”

The national tourism authority said that it would publish its guidelines for the reopening of pubs (which include pubs, gastro pubs, and bars) "in the coming days."

The clarification from Fáilte Ireland on Tuesday falls in line with comments made earlier in the month by Ireland's Chief Medical Officer Dr. Tony Holohan after it was announced that pubs in Ireland could reopen as restaurants from June 29.

Dr. Holohan said during a daily press briefing on June 5: “The intention is if a pub is going to operate as a restaurant . . . and if they’re in full compliance with public health advice in the way a restaurant would need to be, then there wouldn’t be a reason why that activity [reopening] couldn’t happen.

“That’s not the same as us saying that a few fellas to get together for a few pints and having a packet of peanuts constitutes a meal, constitutes a restaurant.

“I think people will be sensible about it and they have to be sensible."

Fáilte Ireland additionally said that it received new guidance from Ireland's Health Protection Surveillance Centre (HPSC) on Tuesday, which it is "working through" in conjunction with Ireland's Department of Transport, Tourism, and Sport.

It was noted that the HPSC is considering a "potential reduction of the current 2-metre physical distancing restriction to 1-metre in certain circumstances."

The possible reduction of the 2-metre social distancing rule will likely be welcome by publicans across the country. Last month, the Licensed Vintners Association (LVA) and Vintners Federation of Ireland (VFI) issued a joint statement asking Ireland's Health Service Executive (HSE) to reconsider the 2-metre distancing rule on the foot of a report that found the rule would drastically impact capacity in pubs.

On June 9, Fáilte Ireland published its guidelines for reopening businesses in Ireland but noted that the guidelines "will be regularly updated in line with Government public health advice as and when this advice evolves."

Read More: The official countdown to the reopening of Ireland's pubs!