Irish pub associations LVA and VFI said the decision to again delay the reopening of pubs in Ireland has been met with "fury and despair." 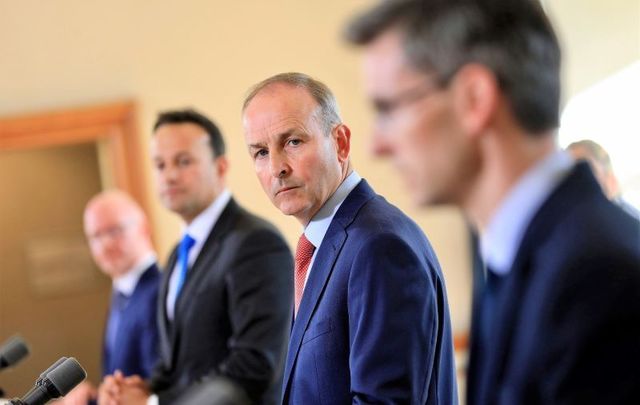 Thousands of smaller pubs across Ireland have been “abandoned” by the Government, say the LVA and VFI.

The decision to again delay the reopening of pubs in Ireland that do not serve food has been met with "fury and despair" by the Licensed Vintners Association (LVA) and the Vintners Federation of Ireland (VFI).

On Tuesday, Taoiseach Micheál Martin announced that the Cabinet, based on advice provided by NPHET, had decided to delay the reopening of Ireland's pubs that do not serve food, which were supposed to reopen on August 10. The decision will be reviewed again in three weeks.

This is the second time the reopening of Ireland's pubs that do not serve food has been delayed - they were originally scheduled to reopen on July 10, which was postponed until August 10, which has now again been pushed back.

Pubs in Ireland that serve food - “substantial meals” that cost at least €9- were permitted to reopen on June 29. Martin later announced during Tuesday's briefing that the pubs that are permitted to be open must close to customers by 11 pm daily starting this coming Monday.

During his briefing on Tuesday, Martin said: "I know that this will come as a blow to pub owners, and I want them to know that I have enormous sympathy for their plight. This virus is taking away their ability to earn a living; it is stopping them from providing a key service in the heart of many communities, especially in rural Ireland.

"We are doing what we're doing to save lives and to give our society and the economy the best chance to reopen safely and sustainably. International evidence shows very clearly that pubs and nightclubs reopening too early leads directly and inextricably to increased community transmission."

While Martin expressed his sympathies, the decision was not received well by publicans whose businesses have been closed since March.

Padraig Cribben, the chief executive of the VFI, said on Tuesday after the announcement: “This is Groundhog Day for the trade as twice now the reopening of pubs has been postponed. The new Government’s decision has caused grave alarm within the trade as publicans face an extremely uncertain future with little to feel optimistic about. Make no mistake, this is a full-blown crisis for the trade as over 3,500 pubs must now remain shut.

“The Government has effectively denied pubs the ability to trade and as a result will have to provide substantial supports to our members, many of whom are deeply agitated at what they feel is the State abandoning a vital part of the hospitality sector.”

Donall O’Keefe, the chief executive of the LVA, said: “The Government has basically just abandoned half the pub sector.

“It’s becoming increasingly obvious that they don’t have a plan for dealing with our sector. We’re repeatedly being told that opening the pubs ‘could lead to an increase in the virus.’ Well, when will that not be the case? Was that not a potential issue at the other phases too? With NPHET always urging caution, when will this Government ever re-open pubs?

“This decision will be met with both fury and despair across the entire sector. It is creating intolerable pressure on those pubs still closed, their 25,000 staff, suppliers to the industry, and all their families. The Government can’t keep stringing the entire sector along like this. Where is their plan? Where are their supports for the industry? The pubs that are closed or their staff certainly won’t benefit from the July stimulus if they have to stay closed and the future viability of these businesses is in doubt.

“There is only so much an industry can take. If the Government wants the pub sector to survive, there needs to be a solution for handling pubs during this public health emergency crisis. That means coming up with a meaningful support package for pubs whose doors remain shut by order of the Government."

Do you agree or disagree with the decision to delay the reopening of pubs that do not serve food? Let us know in the comments, below