Pubs that do not serve food cannot reopen from Monday, Irish government says

Taoiseach Micheál Martin today announced that Ireland's Roadmap Phase 4 has been delayed from its revised start date of August 10. 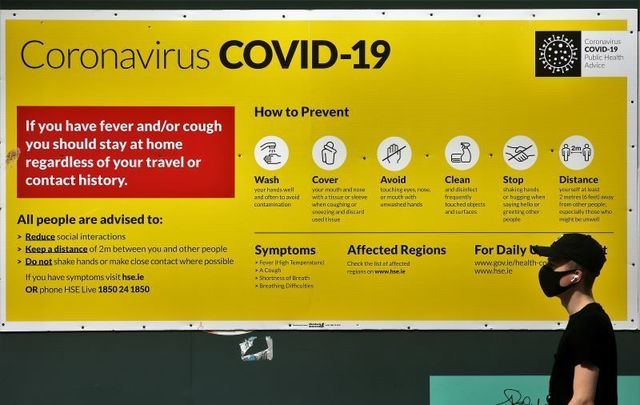 A person wearing a face mask in Dublin on August 4, 2020. RollingNews.ie

Ireland's Phase 4 of reopening will not launch as originally planned on Monday, August 10

As per Ireland’s Roadmap to reopen society and the economy, the country was supposed to enter into Phase 4 from this Monday, August 10. Phase 4 was previously delayed after an increase in the R number in the country.

Speaking on August 4, Taoiseach Micheál Martin said: "I wish that I was in the position to share better news today, but I am not."

"To be clear, these figures are still good in an international context," Martin said. "The Irish people have done an incredible job in controlling this virus. But the figures do show just how important it is for us to remain vigilant."

Citing the new figures, and the international trend of increased transmission, the Taoiseach revealed a number of decisions based on the advice of NPHET.

Pubs and nightclubs to remain closed

“Firstly, and I know that this will come as a bitter disappointment to many people," Martin said, "the government has agreed to continue with the current public health measures that are in place.

“We will review the evidence again in three weeks’ time,” Martin said.

He continued: "I know that this will come as a blow to pub owners, and I want them to know that I have enormous sympathy for their plight. This virus is taking away their ability to earn a living; it is stopping them from providing a key service in the heart of many communities, especially in rural Ireland.

"We are doing what we're doing to save lives and to give our society and the economy the best chance to reopen safely and sustainably. International evidence shows very clearly that pubs and nightclubs reopening too early leads directly and inextricably to increased community transmission.

Later, Martin, saying he would not use the term "curfew," announced that pubs and restaurants that are currently permitted to be open must close by 11 pm daily beginning Monday. Tanaiste Leo Varadkar later clarified that customers must be off-premises by 11 pm, but such businesses can remain open for takeaway and / or delivery service.

Martin announced: "Face coverings will be mandatory in shops and shopping centers across the country from the 10th of August.

"As we've seen with face coverings on public transport, and the many other requests that have been made of citizens over the course of the pandemic, when people are given a clear direction, they follow it."

Taoiseach @MichealMartinTD says face coverings will be mandatory in shops and shopping centres from 10 August "When people are give a clear direction, they follow it." | #Covid19 live blog: https://t.co/FfF3Pet6Td pic.twitter.com/MKduPwmHFG

Taoiseach Martin also announced changes to Ireland's "green list" for travel. People arriving in to Ireland from countries on the green list do not have to abide by the 14-day self-isolation period.

While no countries have been added to the list, Gibraltar, San Marino, Cyprus, Malta, and Monaco have been removed.

"We continue to advise people that the safest thing they can do in terms of their own health and the health of the country is to stay in Ireland," Martin said.

Taoiseach @MichealMartinTD says Gibraltar, San Marino, Cyprus, Malta and Monaco have been removed from the Government's Green List for travel. He reiterates that the safest thing to do is to stay in Ireland | #Covid19. More @rtenews.pic.twitter.com/faV5XVhhEA

You can watch back on the entire press briefing from August 4 here: