How many calories in Guinness? 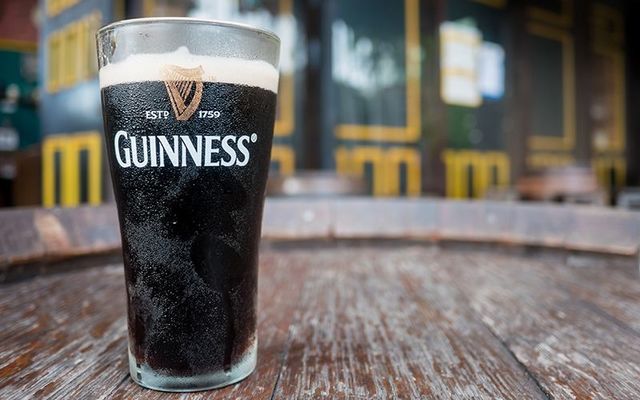 A pint of Guinness is only 210 calories! YAY! iStock

So it turns out that Guinness wasn’t lying to you “Guinness is good for you” just like the old Irish signs and adverts said. While most health nuts search for a “light” beer at the bar you can indulge into a nice Guinness Extra Stout consuming just slightly more than you would drinking a Miller Lite.

Totally worth it right.

According to Men's Fitness “Guinness has fewer calories than the most popular non-light beers on the market… Guinness also has the second to lowest carbs and the lowest alcohol.”

Read more: US visitors to Guinness Storehouse up by 13% in record-breaking year

Most people think that because Guinness is a darker beer it will be “heavier” but Guinness beer’s rich color comes from the fact that the grains used are heavily roasted. This roasting also adds those delicious chocolate and coffee notes to the beer.

You might think that Guinness is calorific because of its creamy text but that’s down to the fact that those crafty brewers use nitrogen rather than carbon dioxide in the beer. The nitrogen bubbles are much smaller than the carbon dioxide bubbles you find in beers or sodas and so Guinness’ effervescence is subtler.

So, the main culprit, calorie-wise, in a pint of Guinness, is the alcohol. Curses! Each gram of alcohol has seven calories. The good news? Guinness has a relatively low alcohol level from four to six percent! Good news!

Here’s a rundown of the nutritional information in a pint of Guinness / 568ml:

So, what are we saying? We’re saying drink up but drink responsibly! And if you’re on a diet hunt down some mid-strength Guinness. Delicious!

Do you believe? Is Guinness good for you!

Read more: Cheers to 200 years - the fascinating story of Guinness in America