Big Guinness Draught fan? Then you'll love Guinness Extra Stout. Each bottle of this Irish Dry Stout is packed with history and a taste profile unlike any other. 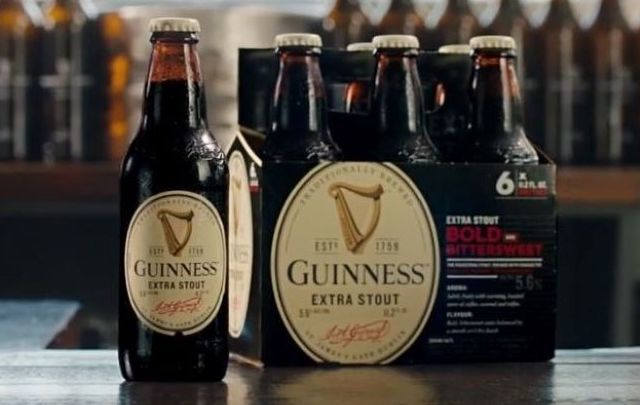 Guinness Extra Stout packs each bottle with history and a taste profile unlike any other.

Read More: 10 reasons why you have to visit the Guinness US brewery

According to Guinness archivist Eibhlin Colgan, it was Guinness Extra Stout that put Guinness on the world stage.

Meticulously developed thanks to inspiration from the Guinness archives and brewed at the famous St. James’s Gate brewery in Dublin, Guinness Extra Stout is crafted from finest quality malt, hops, and Irish barley.

Its aroma is medium and balanced, with a forward roast character and a subtle fermentation fruitiness.

Warmer weather calls for something bold and crisp. In case you were wondering, that something would be Guinness Extra Stout. #Guinness #ExtraStout #BBQ #Ribs #Beerstagram #Beertography

At 5.6% ABV, its flavor is perfectly rounded, striking a tricky balance between bitter and sweet. Where the traditional Guinness Draught is creamy and smooth, Guinness Extra Stout is sharp and crisp.

Pair it with cheeses, soda bread slathered with fig jam, and salad, or enjoy by itself as a sipping beer - but always enjoy responsibly.

Carbonated with carbon dioxide instead of nitrogen like its counterpart, Guinness Extra Stout pours with a sudsy head, a deep color, and a rich, refreshing taste - dry, with the faintest kiss of caramel. Guinness Extra Stout also has a higher ratio of hops, which enhances its delectable bite.

Have you tried Guinness Extra Stout? Let us know what you think of it in the comments!