The trailer for "Oppenheimer," Christopher Nolan's upcoming movie starring Cillian Murphy, has finally dropped ahead of the film's July 2023 release. 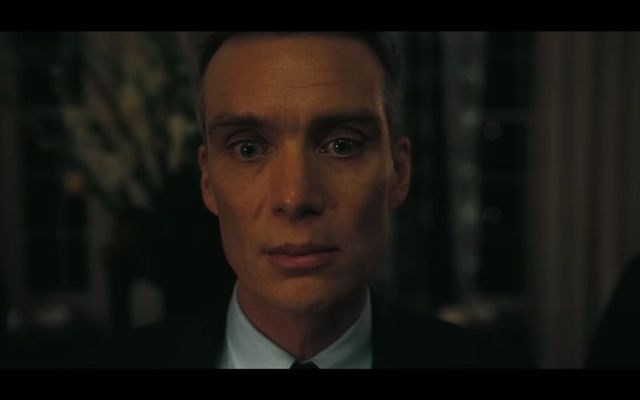 The first trailer for next summer’s blockbuster World War II film "Oppenheimer", starring Cillian Murphy, has been released, and it seems like writer-director Christopher Nolan has another winner on his hands.

Murphy, a native of Co Cork, stars as J. Robert Oppenheimer, widely known as the father of the atomic bomb, which was used in the bombings of Hiroshima and Nagasaki in 1945. The "Oppenheimer" cast also includes Robert Downey Jr., Matt Damon, Florence Pugh, Emily Blunt, and Kenneth Branagh, so plenty of star power there.

The film follows the life of theoretical physicist Oppenheimer, the director of the Los Alamos Laboratory during the Manhattan Project, and his contributions that led to the creation of the atomic bomb.

The script was based on the "American Prometheus," a biography written by Kai Bird.

“Together with visual effects supervisor Andrew Jackson, the director and his team recreated the entire Los Alamos testing ground where the Trinity test took place as well as the test itself and all the quantum physics work Oppenheimer and his team would've done to create the bomb,” Collider says of Nolan’s latest film.

"Oppenheimer" marks the sixth collaboration between Nolan and Murphy, including "The Dark Knight" and "Dunkirk," and the first starring the Cork star as the lead. To prepare for the role, Murphy did what he summarized as "an awful lot of reading" on Oppenheimer's life.

Cillian Murphy, originally from Douglas, Co Cork, most recently is famous for his role in the smash-hit 36-episode series "Peaky Blinders." Other recent hits include "Inception" and "A Quiet Place Part II."

Reportedly the casting process was so secretive that some of the actors did not know which role they were going to play until they signed on.

Nolan, a five-time Oscar nominee, had lots of money to play with courtesy of Universal Studios – at least $100 million. His finished product opens on July 21, 2023.

You can watch the trailer for "Oppenheimer" here: