Damon's quarantine in Ireland is one of the more curious sub-plots to emerge during the COVID-19 pandemic and he seems to be becoming more Irish by the day. 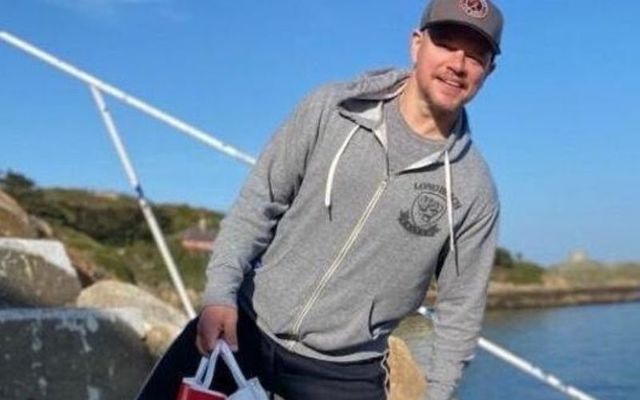 Damon has caused quite a stir in Dalkey. SuperValu Killiney Twitter

Hollywood star Matt Damon was spotted going for an Easter swim in the sea in a South Dublin suburb over the weekend.

Damon's quarantine in Ireland is one of the more curious sub-plots to emerge during the COVID-19 pandemic and he seems to be becoming more Irish by the day.

The 49-year-old was spotted at the seaside in the affluent area of Dalkey with a SuperValu shopping bag which could only contain his swimming gear.

Reusing and repurposing old shopping bags for a variety of different activities appears to be a distinctly Irish trait and Damon seems to have adopted the idea for his Easter swim.

The local SuperValu store in nearby Killiney - presumably where Damon picked up the bag - seized on its newfound fame and tweeted out a special offer to "look like a Hollywood movie star".

The Hollywood star has been holed up in Dalkey since Ireland went into lockdown on March 27 and scores of local residents reported seeing him out and about in the area.

Some residents claimed that they say Damon out jogging on Killiney Hill - a popular tourist attraction in the area with panoramic views of Dublin Bay.

Others, meanwhile, circulated wild rumors that Damon was set to curate the first installment of the Dalkey Book Festival after the lockdown was lifted.

Another wild rumor claimed that Damon was in the middle of recording a charity single with local musician Chris de Burgh, who achieved international fame with "Lady in Red." The rumor stated that de Burgh and Damon were teaming up to record de Burgh's Christmas hit "A Spaceman Came Traveling."

Damon was also spotted in a number of local eateries in much more believable rumors.

Damon was in Ireland to shoot his new movie - the Last Duel - which was due to begin filming in April. Filming was unsurprisingly canceled due to COVID-19, leaving Damon and his family in lockdown in Ireland.