Matt Damon holed up in Ireland during COVID-19 lockdown

Hollywood star Matt Damon is reportedly holed up in an affluent Dublin suburb during the COVID-19 lockdown. 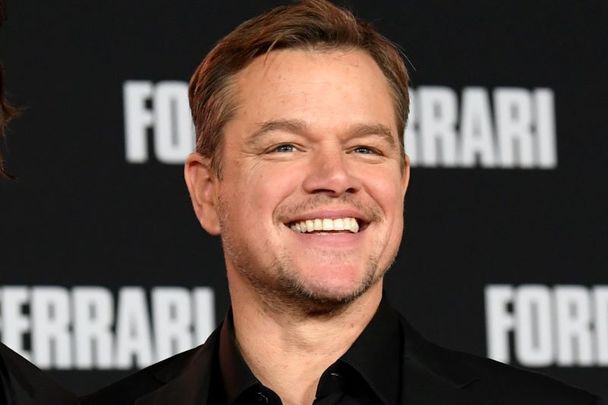 Hollywood star Matt Damon is reportedly holed up in an affluent Dublin suburb during the COVID-19 lockdown.

Numerous residents claim to have spotted the A-list actor out and about in the South Dublin town of Dalkey during the lockdown and some of the rumors are wilder than others.

One rumor claims that Damon will help run the next Dalkey Book Festival, while another claims that the star of "The Departed" is producing a charity single with local musician Chris De Burgh.

The rumor claimed that Damon was lending his vocals to De Burgh's "A Spacemen Came Traveling" - a  popular Christmas hit.

More believable rumors state that Damon has been out jogging on Killiney Hill, a local walking route with spectacular panoramic views of Dublin Bay.

One thing we know for sure is that Damon was in Ireland before the lockdown measures were imposed on March 27.

Locals spotted him at Finnegan's, a Dalkey pub, and there are photographs of him in two local eateries.

Damon visited the Corner Note Cafe with his family on March 15 and impressed staff with his impeccable manners and posed for a photograph outside the establishment with waitress Mary Caviston.

Looks like Matt Damon is really here. Is this a movie we are in. Help 🤯🤯🤯 pic.twitter.com/EAv36fRqPe

On March 22, he also posed for a selfie with staff at Ouzos, a popular steak and seafood restaurant in Dalkey.

Both pictures were taken prior to the lockdown and we hope the Hollywood star is practicing more strict social distancing now!

It is entirely plausible that Damon is indeed holed up in Ireland. US President Trump has announced a travel ban between America and Europe, making returning home far more difficult. Damon was in Ireland to shoot his latest movie, The Last Duel, which was due to begin filming at the end of April.