Vice President Mike Pence confirmed on Saturday that Ireland and the UK will be added to the US travel ban effective midnight on March 16. 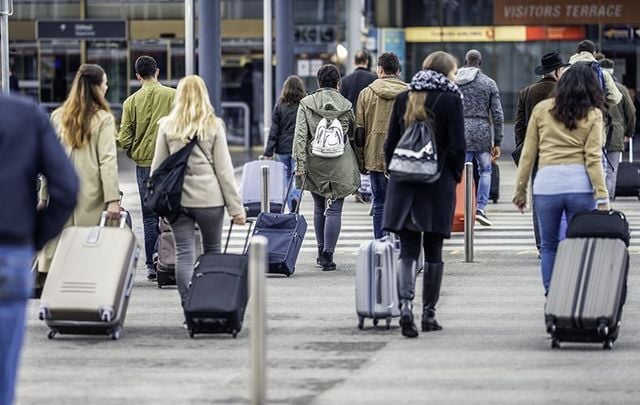 President Trump is expected to add Ireland and the UK to the country's 30-day travel ban. Getty Images

Vice President Mike Pence has confirmed that Ireland will be added to the US travel ban from midnight EST on March 16, the day before St. Patrick's Day.

During a live press conference on March 14, Vice President Mike Pence, speaking after President Trump, said: "Also, as the President just foreshadowed, in our task force meeting today, the President has made a decision to suspend all travel from the United Kingdom and Ireland effective midnight, Monday night, Eastern standard time."

Pence said that Chad Wolf, the acting secretary of the Department of Homeland Security, would describe further details.

"All of our health experts," Pence said, "presented information ... made a unanimous recommendation to the President that we suspend all travel from the UK and Ireland that will be effective midnight, Monday night, Eastern standard time."

"Again, Americans in the UK or Ireland can come home, legal residents can come home, but as the Secretary can detail, they will be funneled through specific airports and processed."

According to the DHS, the 13 designated airports are:

Regarding the arrival process for Americans and legal residents, the DHS says: "Upon arrival, travelers will proceed to standard customs processing. They will then continue to an enhanced entry screening where the passenger will be asked about their medical history, current condition, and asked for contact information for local health authorities.  Additionally, some passengers will have their temperature taken.

"After the enhanced entry screening is complete, passengers will be given written guidance about COVID-19 and be allowed to proceed to their final destination.

"Once home, individuals must immediately self-quarantine in their home and monitor their health in accordance with CDC best practices.

"In order to ensure compliance, local and State public health officials will contact individuals in the days and weeks following their arrival."

On March 11 during a live televised address, President Trump announced travel from Europe, except the United Kingdom, into the US was to be prohibited for 30 days from March 13.

While Trump made no mention of Ireland's exclusion during his live address on March 11, the Department of Homeland Security later clarified that the travel ban would only apply to the Schengen Area, not all of Europe. Neither Ireland nor the UK are in the Schengen Area and thus would not be included in the travel ban.