WATCH: Cillian Murphy is back in new trailer for final season of ‘Peaky Blinders’

The first trailer for the sixth and final season of "Peaky Blinders" has been unveiled and Irish actor Cillian Murphy is again bringing the drama as show lead Tommy Shelby. 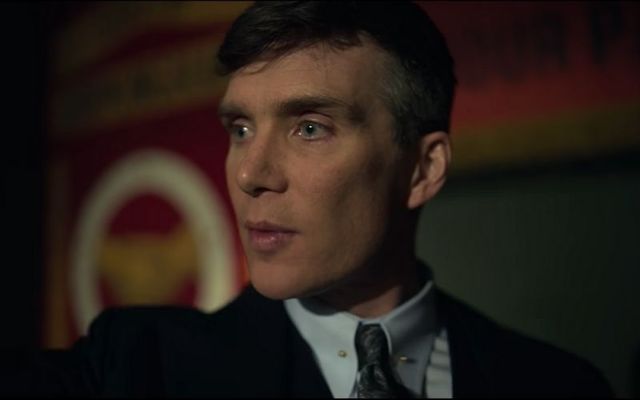 "Family. Loyalty. Honour. The Shelbys are back for an epic final series," BBC says alongside the new trailer for the final season of "Peaky Blinders."

Irish actor Cillian Murphy, who stars as Tommy Shelby on the hit show, is joined in the trailer by Tom Hardy, Paul Anderson, Finn Cole, Anya Taylor-Joy, and Sophie Rundle, among others.

On December 20, show creator Steven Knight shared on Instagram this picture of Murphy as Tommy Shelby, writing: "If there’s an image that really sums up this final season, it is this. Tommy Shelby. Light and Dark. A man on the edge of the abyss staring into the void. A word myself and Cillian used a lot during filming was ‘Gothic’, and this season is very much that."

He added: "You never know where these images will come from."

While BBC has confirmed that the upcoming season will be the show’s last, Knight teased in October that a "Peaky Blinder" film is in the works.

“I am going to write the feature which will be set in and shot in Birmingham," Knight said at the BFI London Film Festival, Variety reported. “And that will probably be the sort of the end of the road for ‘Peaky Blinders’ as we know it.”

While the exact release date for the final season of "Peaky Blinders" has yet to be confirmed, the show is nearly ready for audiences after pandemic-related delays.

“Peaky is back and with a bang”, Knight said when filming of series six finally resumed.

“After the enforced production delay due to the Covid pandemic, we find the family in extreme jeopardy and the stakes have never been higher. We believe this will be the best series of all and are sure that our amazing fans will love it.

"While the TV series will be coming to an end, the story will continue in another form.”

Executive producer Caryn Mandabach confirmed the announcement at the time with this message to the fans: “Along with our wonderful, supportive, partners at BBC and Netflix, we have been working diligently to ensure we can get Peaky safely back into production; the safety of our cast and crew is always our priority. Thank you to all the Peaky fans who have been so unwaveringly supportive and patient.

"Series six marks the end of an epic story that has entranced audiences since it first started in 2013, but the world of Peaky Blinders will most definitely live on.”

Tommy Bulfin, Executive Producer for the BBC, added: “We are very excited that filming for Peaky Blinders has begun and so grateful to everyone for all their hard work to make it happen. Steve’s scripts for series six are truly remarkable and provide a fitting send-off which we are sure will delight fans.”