New Irish movies and television to watch out for in 2019

Irish stars will be busy in 2019! Take a peek at what's to come in the new year for Irish television and movies. 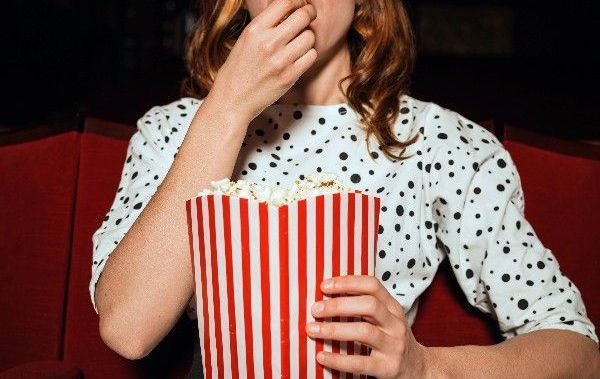 Irish stars will be keeping busy in 2019!

With the new year upon us, let's take a look at what Irish actors are up to for 2019, as well as some new Irish movies and television that are on the way.

Saoirse Ronan is currently working on Greta Gerwig's remake of Little Women. Ronan and Gerwig previously worked together on 2017's Lady Bird, for which Ronan won a Golden Globe. The Irish-American actress will also be teaming up with Oscar-winner Kate Winslet in 2019 for their new project Ammonite.

Colin Farrell is featured in the much-anticipated live-action remake of Disney’s Dumbo, which will be released in March. The Irish actor will switch gears to appear in the action-thriller Eve alongside Jessica Chastain and John Malkovich.

Domhnall Gleeson, son of the great Brendan Gleeson, is set to have a big 2019 as he will be appearing in both Star Wars: Episode IX, as well as action-drama The Kitchen alongside Irish American actress Melissa McCarthy. Gleeson will also reportedly be appearing in a pilot for a new television show entitled Run.

Northern Irish actor Liam Neeson is showing no signs of slowing down as he’ll be appearing three films due for release this year: Men in Black: International, Cold Pursuit, and Normal People.

Roscommon’s favorite export Chris O’Dowd will be featured in the film adaptation of Caitlin Moran’s best-selling book ‘How to Build a Girl.’ He’ll also be joining Rosamund Pike on the small screen for the comedy State of the Union.

Barry Keoghan, who was recently named as one of the top seven young talents to watch, will be gracing both the movie screen in Calm With Horses and the television screen in Chernobyl.

Seana Kerslake, who shot to fame following her role in the smash hit Irish television show Can’t Cope Won’t Cope, will appear in horror flick The Hole in the Ground this year.

Hole in the Ground

2019 will also see the release of The True History of the Kelly Gang, based on the book by Peter Carey which looks at infamous Irish-Australian gangster Ned Kelly. The movie is set to star Nicholas Hoult, Charlie Hunnam, and Russell Crowe.

Martin Scorcese’s latest project The Irishman will finally be released this year, most likely on Netflix. The film stars Robert DeNiro as alleged hitman Frank Sheeran along with Al Pacino and Ray Romano.

Over on TV, fans will be excited to hear that the second season of Derry Girls will be released in Ireland this year, though there’s no news yet of the second season's arrival onto US Netflix. Tommy Tiernan, one of the stars of the show, has also hinted at the possibility of a Derry Girls movie.

The Irish star of Outlander Caitriona Balfe will be voicing a character in the upcoming Netflix release of The Dark Crystal: Age of Resistance. She’ll also appear on the big screen in the new film Ford v Ferrari, which is due out in June.

American Netflix users should also keep an eye out for The Young Offenders Irish television show to be released for streaming stateside. While the Irish show has yet to hit Netflix in the US, the hilarious Irish film it's based on is currently available for streaming.

What new film and TV projects are you excited for in 2019? Let us know in the comments!