This hit Irish comedy has landed on Netflix

Irish smash hit comedy Derry Girls is coming to Netflix in the US on December 21. 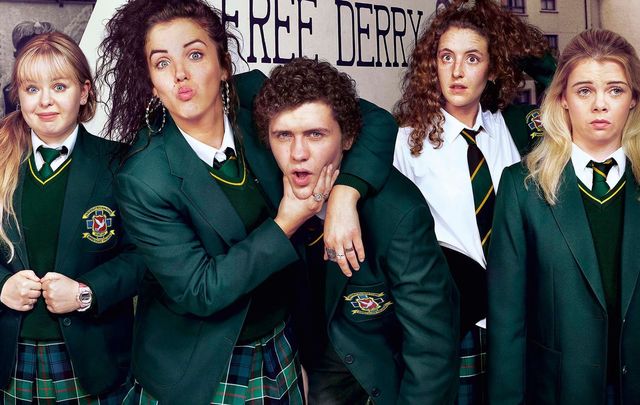 Derry Girls comes to Netflix in the US on December 21

Derry Girls arrived to Netflix in the US on December 21, right in time for a Christmas binge.

Derry Girls follows a group of teenage girls as they navigate growing up all while set against the backdrop of The Troubles era of Northern Ireland in the early 1990s.

Speaking with RTÉ, star Jamie-Lee O’Donnell says: “It just happens to be set in Derry, but I think if you took the Derry accent off and the Derry backdrop and put it somewhere else it would work just as well because those relationships.”

“I think we’ve all been in those situations. We all know these people; we’ve all been around these types of people. I think that’s why it’s done so well and really hit the nail on the head.”

The show was so well-received that the news of a second season came before the second episode of the first season even aired. The sophomore season wrapped filming in late November 2018.

The Irish Times reports “the series earned an average audience of 2.5 million in Britain, making it Channel 4’s most successful original comedy since 2004, and it became the most-watched series in Northern Ireland.”

While Derry Girls are heading stateside on December 21, there's no word on when the show will hit Irish Netflix as of yet.

Will you be watching Derry Girls on Netflix? Let us know in the comments