It's almost that time of the year - which means we've officially entered Christmas movie season. 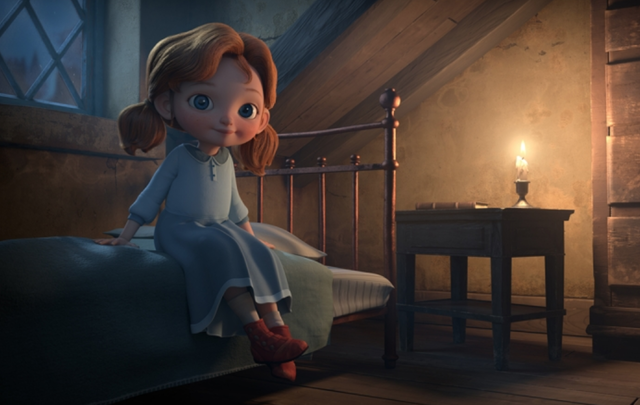 It's almost that time of the year - which means we've officially entered Christmas movie season.

Netflix has picked up "Angela's Christmas", an animated short film based on a popular children’s story from Pulitzer Prize winning author Frank McCourt.

Oscar nominees Ruth Negga and Lucy O'Connell lend their voices to the animated movie, which was created by the award-winning folks at Brown Bag Films.

The family-friendly, sentimental movie follows Angela who receives the ultimate inspiration on how to create a safe, warm Christmas for everyone when visiting church with her family on Christmas Eve in the year 1910.

"Angela's Christmas" is McCourt's only children's book, inspired by a story his own mother Angela told him as a child. The late author received worldwide recognition for his harrowing memoir "Angela's Ashes".

McCourt's widow, Ellen, served as an Executive Producer on the project and his 87-year-old brother Malachy McCourt (the Irish-American actor, writer and politician)  provided the narration.

Angela’s Christmas was very sweet. Didn’t realize her mother was Ruth Negga until close to the end. It was so funny recognising your home city in a cartoon! #angelaschristmas #brownbagfilms #rte

For more about the short, which will be available from November 30th, can be found here.