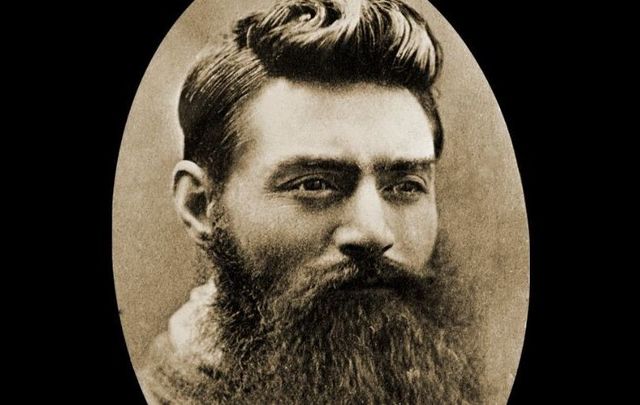 Ned Kelly on November 10, 1890, the day before his execution. National Archives of Austrailia / Public Domain

A rare photo of Ned Kelly taken as a publicity stunt to sway public sympathy for the Kelly Gang was revealed in 2016 for the first time in 137 years.

The photograph was captured in 1879, a year before the gang’s last shootout with the police, during which the bandits infamously wore homemade metal armor suits.

At the time the photograph was taken, the Irish-born Kelly and his gang had a price of £8,000 on their heads, the equivalent of £732,600 today, reports Dailystar.co.uk. However, despite being wanted for killing policemen and armed robberies, the outlaws enjoyed public sympathy as many thought of the men as ‘larrakins,’ an Australian term meaning youngsters who were mischievous and rowdy but had good hearts.

Even today, Kelly is looked at by many as a folk hero nearly 140 years after his death. 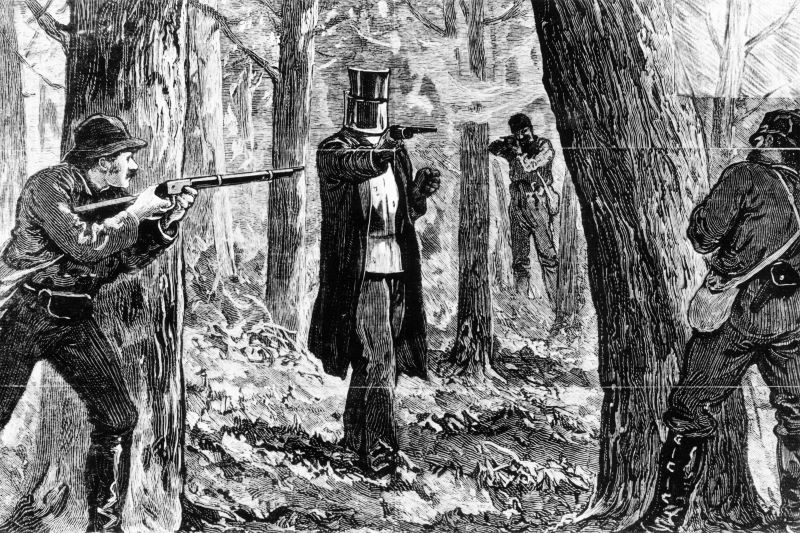 In the rare photo, Kelly stands in the middle of his gang with his brother Dan on his left and Steve Hart on his right. The 3.5 inches by 2-inch picture, which was taken in the Victoria enclave of Euroa, has been pasted on a Tasmanian photographer’s card, then glued again to 1920s Kodak paper.

The men’s signatures are underneath the portraits, although since Kelly couldn’t write it is likely his brother signed for him.

It is believed that the photo was intended to be printed in a newspaper to garner public sympathy, but Australian authorities suppressed the image as well as a letter in which Kelly declared he was "a widows son outlawed and my orders must be obeyed.”

Kelly claimed he was a victim of Irish-Australian oppression — at the time the Irish were not allowed to go to school or own horses. Ned’s innocent mother was imprisoned during the ‘Kelly Outbreak.’

Tom Thompson, a specialist at Lawsons, the Australian auction house that has the photo, said: "The photograph shows three larrakins at work, on the run and with a price on their heads, feeling comfortable enough to show themselves off to a fairly sympathetic population.

"At this time Ned Kelly was issuing statements to the press, written by Joe Byrne, in response to his mother’s imprisonment and general persecution of his family.

"I expect this was allowed to be created in the same way that Kelly felt a letter would be taken up by the press to 'exhibit' their cause, to champion the suppressed Irish in Victoria.

"The Kellys were noted for larrakin behavior, wearing what we might call ‘hip’ style for the period, with longer hair, and fashionable clothes.

"I’d imagine this picture was done for a bit of a lark and for press exposure.

"However, the reality is this picture and several of Kelly’s other letters were not published because of police pressure on the proprietors.

"Ned Kelly remains one of the four or five mythic figures that helped propel the country into a position of handling the hardship of living in the new world, while still struggling with the clash of class and religious dramas brought over from the old country.

"The Victorian Police were formalized by drawing on the Irish Police force, and many old enmities resurfaced in the new land.

"The Kelly Outbreak, whereby the Kelly Gang was outlawed initially for little rhyme or reason, had its Robin Hood effect here, with the noble outlaw being on the run from the evil sheriffs of old Blighty."

The 25-year-old Kelly was the only member of his gang to survive the siege at Glenrowan in Victoria, and was hanged at Melbourne Gaol in 1880.

This report from ABC Science in 2015 looks at the infamous Kelly Gang Armour: