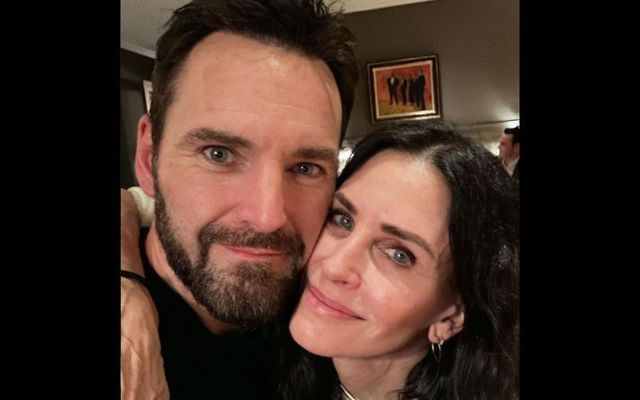 Courteney Cox and her Derry beau Johnny McDaid spent the holidays in Ireland, according to one of the “Friends” star’s sweet Instagram posts.

Ahead of ringing in the new year, Cox and McDaid dined out at The Boathouse Restaurant in Moville, Co Donegal. The restaurant said they were "delighted" to host the couple and their family:

Cox and McDaid began dating in 2013 after being introduced by mutual friends.

In June 2014, they announced their engagement but the wedding was called off. They later rekindled their relationship and have remained together since.

In 2017, Cox surprised McDaid with a special tribute video when he was honored that year at the Irish Post Awards.

Cox, of course, has now visited Ireland plenty of times. Back in 2019, she documented getting a kick out of Ireland's unusual place names!

Despite their long romance, it seems Cox hasn't quite got a handle on McDaid's Irish accent yet.

"My partner is American and she hasn’t understood a word I’ve said in eight years," McDaid said in 2022. "She hasn’t got a clue!”

Last July, Cox shared some more sweet pictures on Instagram - featuring cameos from none other than Ed Sheeran and Gary Lightbody - to wish McDaid a happy birthday.

"He may be getting older (kinda) but watching him play never does," Cox wrote. "I love you J."