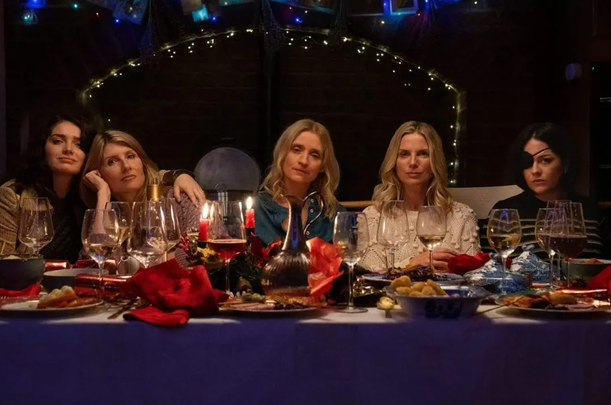 Not all men are created equal,  the show reminds us. Some are cruel, some are cowardly, some conniving – and some are all three. Since the beginning of time poor unsuspecting women have married such men as their helpless sisters are forced look on.

Anne-Marie Duff plays Grace his bullied and beaten down wife, who rationalizes all his bad behavior because she still wants a good life for herself and her young daughter. She can't or won't see the truth that her four sisters do, that the bad man she married will never give it to her.

Horgan's show lays it all out in scene after scene of this instantly absorbing story about the lengths that some women have to go to save each other in man's world. Described as a dark comedy thriller the show is certainly very funny and thrilling, but there's a layer of anger beneath the hood that really drives it along.

Never missing an opportunity to belittle the women around him, Claes disagreeable character give the first episode its name: The Pr-ck. He's vain, inappropriately flirtatious, condescending and so much more that you'll almost be lining up to bump him off yourself by the middle of the first episode.

Eve Hewson, who once was referred to as Bono's daughter but who now is a star on her own right plays Becka, the youngest sister. According to Grace's judgmental husband she's also the family f-ck-up, the person who's always on the verge of a big career break that never comes right.

What he can't see is that Becka is heart and soul of the Garvey sisterhood, the baby but also the pole star they often look to. She's wiser than her years and kinder than the people who talk down to her and we root for her from the moment she appears. 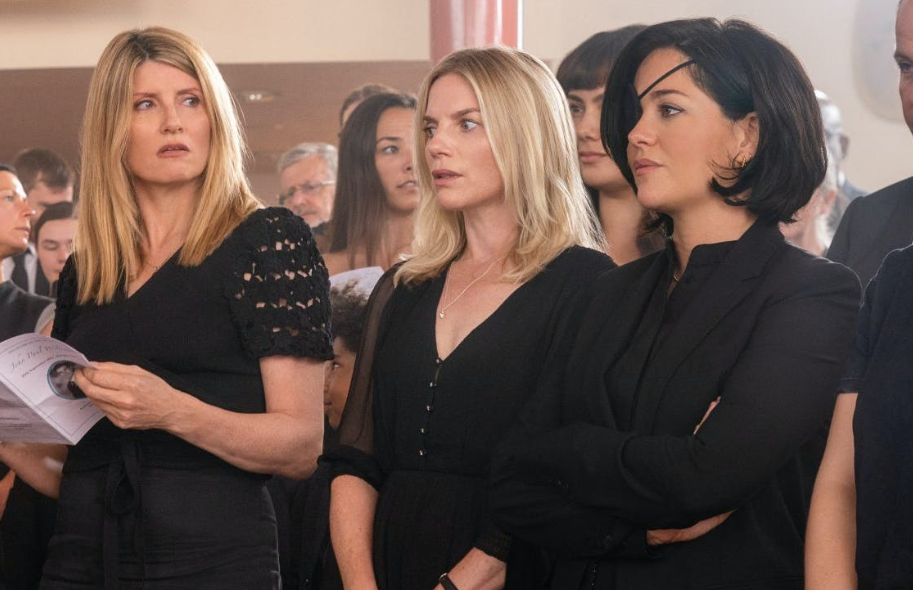 This is a breakthrough role for Hewson, because it plays to every one of her strengths in an already peerless cast of first rate actresses. The show is set in south Dublin, it's about Irish sisters who have to battle against the men who want to make their lives smaller and harder, it's no wonder she nails it from her opening scene.

Horgan is a bit like Ireland's Katherine Hepburn, she's comic, she's tragic, she's homicidal, she's a fashion icon, her range is astounding. She's also the key to the rage under the surface that powers this deceptively funny show that gleefully opens trapdoors when you think you've got it all figured out.

Duff does heart rending work as the frail doormat who's being wronged but can't see it. When her domineering husband denies her a chance to take a Christmas swim with her four sisters – a seasonal family tradition for decades – we understand that it's a classic abuser's attempt to isolate her. Her sisters understand that it is too.

Bumping off the bully begins as a joke suggested by Bibi (played by Sarah Greene) but it quickly becomes a possibility when the other sisters start to come around. Least convinced is the eldest one Ursula, played by Eva Birthistle.

Ursula is the steady hand, the mammy with kids and a good marriage, the last person you'd expect to be caught up in a fairy tale plot to rid the world of the ogre who's tormenting her sister. She knows it too and looks like she'll be the first to crack if someone ties the dots together.

The man tasked with making them all crack is the down on his luck insurance salesman played by Brian Gleeson, youngest member of the Gleeson acting clan. If Grace receives the big insurance payout then his company goes into bankruptcy and it's curtains for him and his expecting wife, as well as for hard working his half brother played by rising star Daryl McCormack.

Gleeson is perfectly cast as the desperate man with a growing hunch that something isn't quite right about these all too perfect women and the sudden death that has solved a lot of their questions. More than that, he's adept at wringing admissions out of the unsuspecting and that's a skill that comes in useful in this case.

Daryl McCormack is the smolderingly handsome sidekick with a conscience who finds himself falling for one of the Garvey sisters (played by Hewson) before he even knows who she is, or that she's mixed up in a scheme that could throw his own life into chaos.

You may think you know where all this is headed but this show wrong-foots you at every turn. It's also one of the most accomplished ensemble pieces I have seen outside of an Almodovar film, which it frequently suggests.

We root for these women the way we root for all underdogs. Yes they have done an awful thing, but yes they did it to someone awful. Horgan and her cast mates make it altogether easy to overlook a little bit of murder in service to the greater good, and that's why this show is such a subversive blast. Real monsters don't live under bridges like in the fairy tales the show reminds us, they live in Ranelagh in upper middle class homes where they lord it over their trembling wives as the world looks away.

Because Eva, Ursula, Becka and Bibi refuse to look the other way the show takes flight from the first scenes. Bonded by the premature death of their own parents these sisters have shown up for each other for years and they don't intend to break that tradition when the going gets tough.

Few things in life are as gripping as a group of talented actresses bringing life to a cracking script where they're fighting back against the system that oppresses them. You'll want to cheer, you'll want to defend them, you'll love each perfectly calibrated scene in which they grapple with the sheer human cost of trying to tilt the balance sheet of life over into good with a little push.

Horgan has never been better. This is the star vehicle to end them all but she's equaled in scene by scene with the show's other actresses, who equally bring their A-game to this cracking show.

"Bad Sisters" comes to Apple TV + next month so if you don't already have a subscription now may be the time to consider one. This funny, flinty show is like nothing you have ever seen out of Ireland before. It's going to be a ratings win and a critical darling and it reminds us just how gifted our own home grown talent truly is.

Check out the trailer for "Bad Sisters" here, streaming on Apple TV+ from August 19: