Eve Hewson features in the coming-of-age fairy tale "The True Adventures Of Wolfboy." 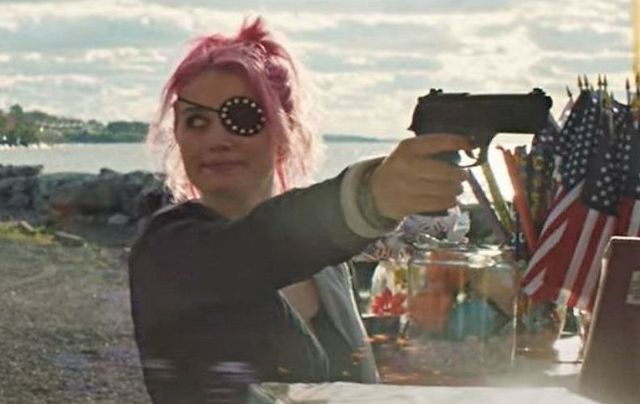 Eve Hewson in "The True Adventures of Wolfboy" Vertical Entertainment US, YouTube

Irish actress Eve Hewson was contemplating leaving acting this year, but her turn as a gun-toting, pink-haired tearaway in "The True Adventures Of Wolfboy" will really make you hope she reconsiders.

A weird and wonderful fairytale about becoming your own hero, it's one of the best films of 2020.

Truly quirky movies are few and far between these days. You really have to think back to oddball but oddly delightful fare like Beetlejuice, Gremlins, or Bill And Ted's Excellent Adventure in the 1980s for films that combine formal inventiveness and whacked out idiocy successfully.

So what a surprise to catch the new Declan Baldwin produced coming-of-age fairy tale "The True Adventures Of Wolfboy" starring Eve Hewson, 29, the Irish actress who used to be known as Bono's daughter, but now is known mainly as herself.

How special is this film? Well for a start, it has a teenager who's beset by a rare condition called congenital hypertrichosis, which causes an abnormal amount of hair to grow on his face and body, giving him a teenage werewolf look that no teenager actually wants.

And before you say well why doesn't he just shave it off the film answers you, because each time he does it comes back thicker than it was before. Talk about teenage angst.

So a teenager who is socially isolated by a cruel quirk of fate that's beyond his control? That's a classic theme, but it's the unique treatment that makes this disarmingly moving drama about the steep price (as well as the unexpected rewards) of being just a little bit different so special.

When we first meet Paul, the hairy teenager with the wolf's face played by Jaeden Martell (best known for Knives Out and It) he's being led through a funfair by his under protective father (played by Chris Messina). Wearing a balaclava because he knows what will happen if the crowd see his true face, Paul is nervous about where he is and he doesn't want to take it off.

This fairy tale is leavened with a helping of real life sorrow in other words, and it can get so dark it takes your breath away, but with a consistent lightness of touch. It turns out that Paul's mother has abandoned him early on, but now on his 13 birthday she sends him an unexpected note with an address attached that says if he visits all will be explained. 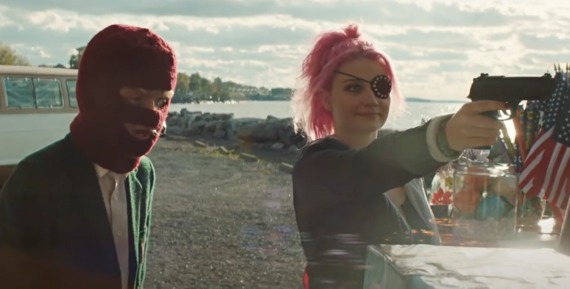 Jaeden Martell and Eve Hewson in The True Adventures of Wolfboy

Since his home life with his father leaves a lot to be desired he decides to finally meet his missing mother and unravel the mystery of who she – and he – really is. Taking to the road Paul soon finds himself at the circus, where what makes him a pariah elsewhere makes him an attraction here. Before you can say freak show he's being groomed by an unscrupulous circus manager for a life of being pointed at for a dollar.

This whole episode goes the way you might expect it pretty quickly, with Paul accidentally burning down the big top as he flees with his withheld wages. Taking to the street he soon takes refuge in an abandoned dog house where he wakes the next morning to meets a young girl called Aristiana who decides to help him on his quest to find his mother, which is where Eve Hewson comes in.

Last year Hewson, who has had a pretty eclectic screen career to date, was strongly considering packing in a life in front of the camera for more work behind it. Best known for shows as widely different as Robin Hood to The Knick, she has been forthright that her famous father was a catapult to a career, but not a guarantor.

Getting auditions turned out to be the easy part, getting cast in the roles is a tougher call. Fortunately, she has persisted and as luck would have it she's just been cast in her most winning role to date, as Rose the would be pirate who robs convenience stores with a painted water pistol in "The True Adventures Of Wolfboy."

Rose plays to every one of Hewson's screen strengths. She's an outsider, she's funny, she's disarmingly direct but still hard to figure out and she doesn't have time for any nonsense. It's a fun role in other words and Hewson plays it to perfection with her eye patch and pink hair.

This kind of independent and eclectic filmmaking, where imagination runs free and realism easily makes way for magic, is the kind of atmosphere she excels in it turns out. For a start, the film's musical choices are as sophisticated and free ranging as the influences she grew up around in a U2 house. I think this explains why her character is the heart and soul of this beguilingly strange film.

Rose represents Paul's pull toward the adult world, she's the person who shows him that living is much better than just dreaming, and some of her stick-ups may look mad and dangerous but at least they make him feel alive. 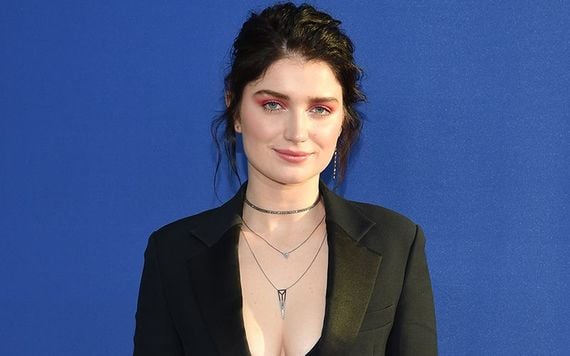 In the role, it's like we're being introduced to Hewson for the first time. She doesn't take herself too seriously but it's clear that her character has serious depth. It's also a side of the Irish actress that we haven't really seen before, one that's freewheeling, funny with more than a little Irish melancholy. You can tell she's having fun and you can see how central she is to the action.

What the film reminds us is that we are all pretty strange in some ways and that it can really be a blessing rather than a curse. The film sends a message to teens who feel awkward or different that they have a tribe out there just waiting for them to be their own weird selves in all their glory, without judgment or censure, but wait until you're ready to find them.

Despite its subject matter or rather because of it this is a film the whole family can watch and enjoy, because it speaks to everyone who has ever felt excluded. The big surprise is that Hewson, who has tried blockbuster films and TV hits, really shines in the independent film format where all the parts of her own remarkable story can be brought to bear in a glorious new film.

The True Adventures of Wolfboy is now available on demand. Check out the trailer here: