Bono's daughter seems to be decided on the life of an actor having spent six months in New Zealand filming a BBC series. 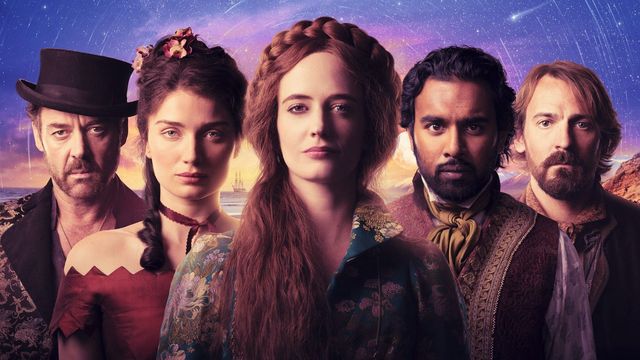 A Luminaries promo shot, Eve Hewson second from the left!

She's starring in a new six-part series for the BBC called The Luminaries, and Eve Hewson says her six months on location in New Zealand filming the historical drama revitalized her desire to be an actress.

Eve Hewson – second daughter of Bono and his wife Ali – told the London Sunday Times, “I needed to go away on this job and have these six months to myself. I needed to work and find who I was because for a little while I didn’t really know if I wanted to continue acting.  I had had some experiences in my life that made me think maybe it wasn’t for me.”

The 28-year-old Dubliner didn’t elaborate on those experiences, but she did add, “I mean, I don’t want to totally get into it, but you reach a point, especially around 26, 27, where you start to rethink what you want. My life had been shaped by the (career) choices I had made before I went into college. So I was redefining who I was as an adult and rethinking some choices, and this job was really special.

“I got to rediscover my love of acting by taking some time for myself. I came back ready to take my career to the next level, feeling really capable and wanting to recommit.”

The Luminaries bowed on Sunday night and got some pretty nice reviews, with Eve singled out for praise.  Her home base is in Brooklyn, but she returned to Dublin to hang with her parents and three siblings in the family home while coronavirus restrictions remain in place.  Being back with the folks has been just fine, she says.

"I never thought I’d find myself back living with my mum and dad at 28. Mum is ecstatic to see her four children for three meals a day,” Eve told Extra.ie.

"We’ve been having board game nights, Friday night cocktail hours, and themed meals, although I don’t contribute to the cooking – I just consume and wear sombreros."

Check out the trailer for the new BBC show, Luminaries:

Read more: These are the best Irish movies to watch on Netflix