These are the best Irish movies to watch on Netflix

Irish movies on Netflix to binge on - Happy viewing! 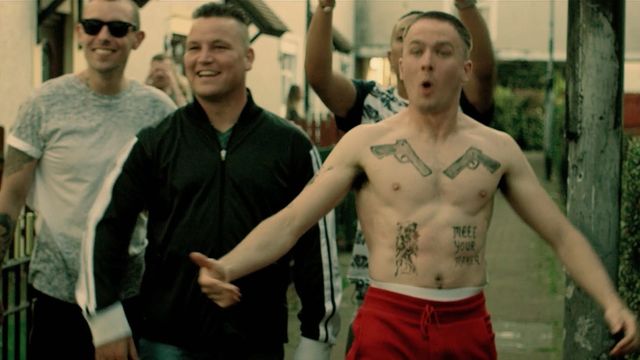 Netflix contains a plethora of fine Irish movies, both well known and unheard of, and we’ve compiled a list of the very best Irish culture on offer on the popular streaming site.

Director McDonagh teams up with Colin Farrell and Brendan Gleeson in one of the funniest movies made since the turn of the century. Featuring an endless amount of quotable scenes, and humor as dark as any black comedy, "In Bruges" is 107 minutes of pure quality. The chemistry between Farrell and Gleeson makes In Bruges stand out and, without the two Irish actors it wouldn’t be the same product.

Following two hapless hitmen as they hideout in beautiful Bruges, the movie is as bizarre as you’d imagine.

Farrell, in particular, is superb. Playing a suicidal assassin with an unfounded hatred of the Belgian city of Bruges, he delivers on all fronts by providing hilarious quips whilst also dealing excellently with his character’s deteriorating mental health.

Ralph Fiennes is typically brilliant as the film’s antagonist and makes the third act tick, but this really is a film that will leave you laughing from the first minute to last. There is no joke too outrageous, no area too controversial, for this absolute gem of an Irish comedy.

Another comedy, the Young Offenders follows schoolboys Conor and Jock as they trek across Ireland to track down a bale of cocaine lost in a drug bust. As the plotline suggests, this film is gloriously ridiculous and isn’t short of a few belly laughs.

Alex Murphy (Conor) and Chris Walley (Jock) are excellent in their portrayal of the two friends who mimic one another in almost every walk of life. With both characters being sons to single parents in a working-class area of Cork, the Young Offenders deals with a number of difficult themes such as abuse and poverty as well as providing the audience with a regular dosage of comedy.

Director Foott does an admirable job of blending such comedy with the more difficult themes, making for a well-rounded final product that was successful it has since spawned a tv series of the same name that has been so popular that it is on the cusp of returning for a second season. It is something that is absolutely worth checking out as well if you have the time.

A Netflix original, the Siege of Jadotville pays homage to the Irish soldiers who were besieged while on a UN peacekeeping mission in the Congo. Jamie Dornan plays Commandant Pat Quinlan who led the UN troops in the six-day standoff against French and Belgian mercenaries.

Filmed in the midst of the ’50 Shades of Grey’ trilogy, The Siege of Jadotville showcased a different side to Dornan’s acting range. The Co Down-born actor gives a stellar portrayal of Quinlan as he repels wave after wave of attack during the siege. The film celebrates a largely unrecognized act of bravery in Irish military history and is one worth watching for anyone looking to familiarize themselves with modern Irish military excursions.

The rivalry depicted between two local drug gangs is eerily realistic and echoes the growing drug problem in Dublin City. Featuring the consistently excellent itinerant actor John Connors, Cardboard Gangsters boasts a stellar cast and is one to watch for those who haven’t yet seen it.

This revenge tale dropped on Netflix with little fanfare two years ago, but that doesn’t mean it’s not an excellent effort from Chris Baugh and Brendan Mullins. When the mild-mannered Donal (Nigel O’Neill) discovers that his mother has been murdered, he embarks on a trail of revenge to seek justice for his mother’s killer.

As his quest for revenge progresses, Donal realizes that there was more to his mother than met the eye. Full of twists, Bad Day for the Cut is a movie that doesn’t overly rely on CGI for its thrills. Instead, it makes use of a gripping story to grab the audience’s attention.

Game of Thrones’ Maisie Williams features in this offbeat comedy about an estranged father returning to his hometown after a 12-year absence due to the death of his father. David Wilmot gives a standout performance as the lead actor. Ray, his, character, uses his return as an excuse to reconnect with his ex-wife (Kerry Condon) and his daughter (Maisie Williams).

Despite returning with good intentions, he unwittingly finds himself ruining their lives. Slight absurd, Gold is a multi-layered comedy with a multitude of laughs, along with lessons on growing up. With strong performances and convincing characters, it is well worth a watch.

The Oscar-nominated animated film is set in Afghanistan, but it is an Irish film all the same. With stunning visuals, The Breadwinner follows the story of an 11-year old girl in Afghanistan in 2001 at the height of the Taliban rule.

When her father is captured by the Taliban, the young girl is forced to disguise herself as a boy in order to earn a living for her family.

A rare animated film that dares to confront sobering and real-life issues, The Breadwinner is a curveball for the gong of best Irish film on Netflix, but it is richly deserving of its praise.

Have you seen any of the above? Which was your favorite? Let us know in the comments section, below.