Sinéad O'Connor's "Nothing Compares" documentary scooped up by Showtime

The US network Showtime has acquired worldwide rights to the new Sinéad O'Connor documentary "Nothing Compares." 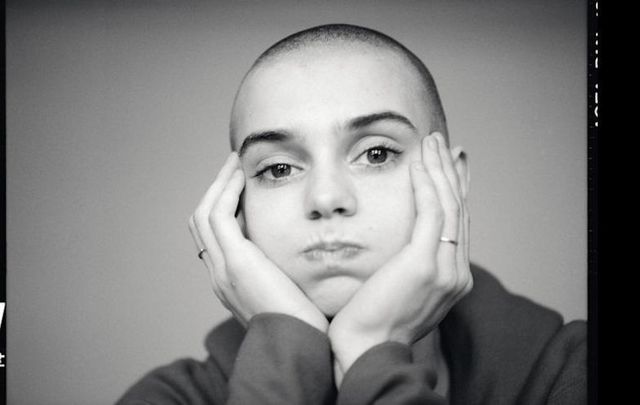 A critically-acclaimed Sinéad O'Connor documentary has been bought by American television and film network Showtime.

Showtime Documentary Films have announced that it has acquired worldwide rights to "Nothing Compares", a Sinéad O'Connor documentary directed by Belfast-born filmmaker Kathryn Ferguson.

The film charts Sinéad OʼConnorʼs phenomenal rise to worldwide fame and examines how she used her voice at the height of her stardom before her iconoclastic personality led to her exile from the pop mainstream.

Focusing on Sinéad’s prophetic words and deeds from 1987 to 1993, the film is described as presenting an authored, richly cinematic portrait of this fearless trailblazer through a contemporary feminist lens.

The archive-led documentary features era-defining music videos and concert performances alongside previously unseen footage from this period. The film is underpinned by a new interview with Sinéad herself, in which she reflects on events in her own words, and from a present-day perspective.

Intimate first-hand contributor interviews add to the tapestry with additional insights from contemporary artists, musicians and social commentators introducing broader themes of Irish history, politics and global activism, all the while reflecting on Sinéad’s artistry, impact and legacy.

"Nothing Compares", Ferguson’s documentary feature directorial debut, was an official selection in the World Cinema Documentary Competition at the Sundance Film Festival in January.

Showtime Documentary Films has acquired NOTHING COMPARES, the Kathryn Ferguson-directed Sinéad OʼConnor documentary that premiered at Sundance last month, with plans for a theatrical-then-streaming release later this year. pic.twitter.com/D1QyB1OGGW

Showtime is planning a theatrical release later this year in Ireland and the U.K. ahead of the Showtime premiere in the U.S., and its international partner streaming platforms later this year.

“When we began making this documentary four years ago, a key objective was that we would one day be able to share the film with audiences around the world, and to celebrate Sinéad’s music and artistry with fans both old and new,” said Ferguson. “We’re delighted to be partnering with Showtime to achieve that.”

Belfast-born Ferguson is an innovative and boundary-pushing director who has focused on short-form work centered on identity, gender politics and community.