Sinéad O'Connor shared a rough-cut of her original song "Horse on the Highway" to be played on RTÉ Radio 1 in Ireland just days after her son Shane O'Connor's funeral. 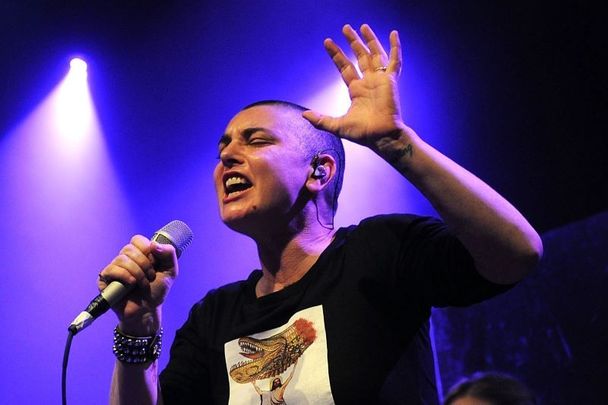 Sinéad O’Connor shared the rough-cut of her original song "Horse on the Highway" on Tuesday, just days after the funeral for her 17-year-old son Shane O'Connor.

Ryan Tubridy, host of The Ryan Tubridy Show on RTÉ Radio 1 in Ireland, spoke during Tuesday's live program about the funeral for Ashling Murphy that was set to take place later that day in Co Offaly.

He said: “We mentioned on the Late Late Show, of course, Ashling, and we mentioned Sinéad O’Connor and Donal Lunny’s son Shane who had also passed away. The musicians wanted to mark that desperate story also."

Tubridy said on Tuesday: “I had occasion to speak to Sinéad at some length on Saturday. She’s doing as well as can be possible under the circumstance, but she very thoughtfully sent a song to us here last night or in the early hours of this morning.

“She wrote about her son about two and a half years ago. She said, 'You can play it if you like.'

“I listened to it this morning, it's actually a very beautiful song.

"I just felt that this song, at Sinéad's suggestion, would be quite a song to play as we say goodbye to you today on this day of days because it’s a song about grief, it's a song about a child gone too soon."

Back in 2020, O'Connor said that the song is "about a mother trying to find her child on the streets."

She added at the time: "I want to stress, this isn’t autobiographical. And not specific to Ireland.

"I hope it calls some kids back home to their mamas.

"From the point of view of an exhausted mum who can't find her teenager. It's a letter to runaway wild horse teenagers.”

Here are the lyrics for Sinéad O'Connor's "Horse on the Highway:"

"Last night I dreamed I was on fire

The flames around felt oh so real to me

And as they rose up higher and higher

I heard your sweet voice calling out for me

That’s what your shining presence is to me.

“You're too young to be addicted as you are.

And I'm old and I can't chase you anymore

'Round roads or under bridges or over walls

Put down the streets and come,

For they do not belong to you.

"And paradise so sweet

Lies at your mother's feet

And I am not complete without you.

“Tonight, I'll dream we are in heaven

Sitting underneath an apple tree

Not being at sixes or at sevens

That’s what your shining presence is to me.