The death of her son Shane is a grave blow for all the O’Connor family but especially for a grieving mother fighting her own battle with sanity for so long. 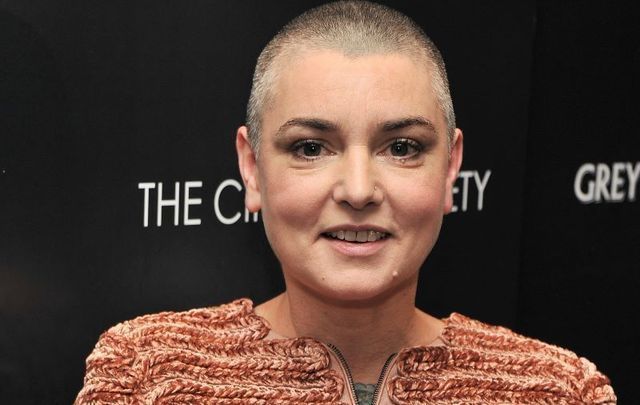 On October 3, 1992, Sinéad O’Connor was the main musical act on  Saturday Night Live. She appeared on stage in an all-white dress, a vision of beauty and simplicity, a striking bald-headed young woman with a gorgeous singing voice.

But the innocence portrayed publicly was not what she was feeling that night.

What she did went down in television history.

These days, when clerical abuse stories are as common as dust, O'Connor's action would have caused a Twitter stir perhaps, but not much more.

But not back in 1992. She clutched in her hand a photograph of Pope John Paul II, a revered figure whose fight against communism and whose dynamic personality had made him a figure of Olympian stature and one of the most admired men on earth.

At the end of her act, O’Connor grabbed the picture held it up and tore it in bits before the startled network could cut the live feed. She shouted, “Fight the Real Enemy“ referring to the Catholic Church and the issue of child abuse that was just a blip on the horizon.

Little did we know John Paul II was perfectly aware that abuse on a horrific scale was happening and chose to sweep it under the Vatican rug.

As she recounted in her memoir “Remembering” backstage was empty, the man with the “Applause” card had even run away.  Her own manager walked away and then refused to take her phone calls. A torrent of abuse and criticism came in from every corner of the world, Frank Sinatra called her a “stupid broad”.

In New York, someone ordered a steamroller and crushed O’Connor’s CDs under its wheel live on TV..

Two weeks later at the 30th-anniversary concert for Bob Dylan, she was booed constantly by Dylan fans present. Kris Kristofferson had to walk out on stage and escort her off as a very real threat of violence was in the air. The controversy ran and ran and she was vilified everywhere.

Nine years later that revered pontiff,  Pope John Paul II, apologized for the church’s role in rampant child sexual abuse, the worst of it on his watch. “I wonder if they still think I’m crazy now,” O’Connor wrote.

For that brave act alone, O’Connor deserves everlasting support. Her troubles with mental issues are well known, she has teetered on the brink of suicide herself she told Oprah Winfrey. Yet somehow she managed to stay at the center of debate and challenge the old certainties.

Now life has struck her with a terrible blow.  Clearly battling her own demons, the tragic death of her 17-year-old son Shane is devastating.

He clearly was a troubled young man, and many questions will arise as to how he managed to exit a lock-up facility in Tallaght Hospital in  Dublin where he was on suicide watch.

O’Connor issued an obviously distraught plea when her son was still missing.

“This is a message for my son, Shane. Shane, it’s not funny anymore all this going missing. You are scaring the crap out of me. Could you please do the right thing and present yourself at a Gardai station. If you are with Shane please call the Gardai for his safety”.

“My world would collapse without you. You are my heart. Please don’t stop it from beating. Please don’t harm yourself. Go to the Gardai and let’s get you to hospital.”

It is a grave blow for all the O’Connor family but especially for a grieving mother fighting her own battle with sanity for so long. We can only hope she shows the same bravery she showed in exposing the sex abuse in the church and that she will somehow find a way to cope with her son’s tragic death.

She deserves all our thoughts and support at this time. May Shane rest in peace.