Branagh spoke with a perfect Belfast brogue during an appearance on RTÉ's Late Late Show on Friday night, revealing that he did not entirely lose his Northern Irish accent after moving to England at the age of nine. 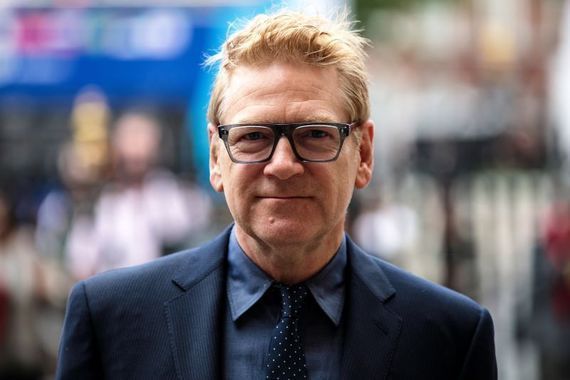 Northern Irish director and actor Kenneth Branagh revealed that he can still talk with a strong Belfast accent during an interview on RTÉ's Late Late Show on Friday night.

Branagh moved from Belfast to England when he was nine and consequently speaks with an English accent in day-to-day life.

However, when Late Late Show host Ryan Tubridy asked him if his Northern Irish brogue was "buried and gone", Branagh had the perfect response.

"It is not buried and gone Ryan," Branagh said in a thick Belfast accent. "In fact, the first job I had when I came back from the Royal Academy of Dramatic Art was in the autumn of 1981. I went back to my granny's and stayed with my uncle Jim and my auntie Kathleen and played Billy in the Billy Plays for about a month."

Branagh then seamlessly transitioned back to the English accent that audiences are more accustomed to.

The Northern Irish director and actor previously opened up on losing his Belfast accent in an interview with New York Magazine.

He said that he lived a double life after his family moved to England, speaking in a Northern Irish accent at home and an English one at school.

"So for a while, I learned English in school and Irish at home. And then it started happening at home. My parents didn’t comment about it. I think they felt it was natural enough," Branagh said.

"We left when I was nine, May of 1970. And by the time I left secondary school in the summer of ’72, it was probably gone. I think it was to do with wanting to disappear. I wanted to just fit in."