Kenneth Branagh on losing his Irish accent, dislike of preachers, and jealousy of him

After his family moved to Britain when he was nine, Kenneth Branagh said he lived a kind of double life: English at school and Irish at home. 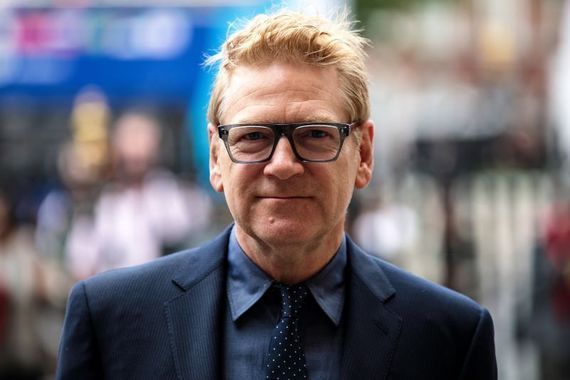 Kenneth Branagh has opened up on how he lost his Belfast accent, his fear of Protestant fire and brimstone preachers, and how his early success actually damaged his career because of jealousy aimed at him.

He also explained his unrequited love for Tottenham Hotspur in the English Premier League because they once had a famous Irish captain who was his hero growing up.

Speaking to New York Magazine, Branagh stated how he lost his Belfast accent.

After his family moved to Britain when he was nine, Branagh said he lived a kind of double life: English at school and Irish at home.

“So for a while, I learned English in school and Irish at home. And then it started happening at home. My parents didn’t comment about it. I think they felt it was natural enough.

“It was two or three years after I came across it. We left when I was nine, May of 1970. And by the time I left secondary school in the summer of ’72, it was probably gone. I think it was to do with wanting to disappear. I wanted to just fit in.”

Recalling his past,  Branagh has especially bad memories of the fundamentalist preachers like the one portrayed on the screen in his new film ‘Belfast’ who fed him a weekly diet of damnation and burning in hell.

“Protestant ministers really were so fire and brimstone–(warning us) our job is to joylessly move through life getting ready to hopefully make our way out of purgatory... It was always presented in this visceral way, always around the word sulfur. You were going to burn — simple as that,"

As for his early career success, double Oscar nomination by age 29,  and subsequent dip in popularity, Branagh believes he knows why it occurred.

“..I think there was an assumption that I was part of what you might call the English elite. I basically spoke to whoever I was pointed at to bang the drum for it. There comes a point where you go, Enough already. I was 27 when I directed Henry V. I was 29 when I got double-nominated as an actor and director in the Academy. For some people, that is incredibly annoying, and they think, F...k him."

As for his love for Spurs, it comes from his boyhood idol, Danny Blanchflower, who was a legend in Northern Ireland and led Spurs throughout their greatest period. Branagh worshiped him.

“He was a Northern Irishman who won the Footballer of the Year title in ’57 and ’61. In ’61, he captained the Tottenham Hotspur double-winning side. They’ve never done it since. He also captained the Northern Irish team to the last eight of the 1958 World Cup... That was how singular he was, Danny Blanchflower.”