The best Irish movies to watch for St. Patrick's Day

What better way to kickstart the St. Patrick's Day celebrations than by kicking back and indulging in some of Ireland's finest cinema? 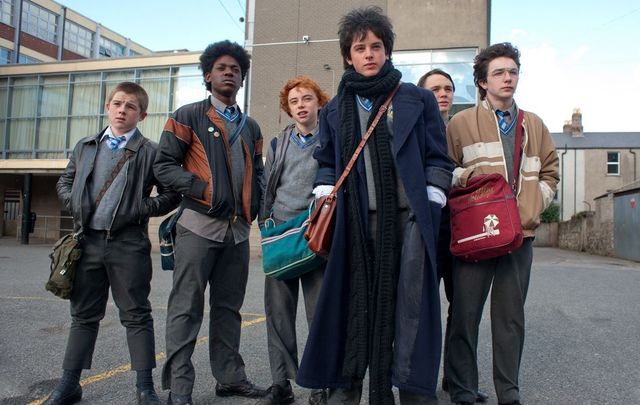 The band! The wonderful Sing Street.

From modern hits to timeless classics, and from heartwarming tales to side-splitting comedies, the best Irish films encapsulate what it is to be Irish.

Without further ado, here are our top five Irish movies to watch on March 17:

Arguably one of the best Irish movies released in the last decade, Sing Street is an instant classic. It is an endearing tale about a young boy growing up amidst a recession in 1980s Ireland.

The film follows Conor (Ferdia Walsh-Peelo) as he moves from a private school to a Christian Brothers' School controlled by a dictator-like priest, as was typical in the era.

Conor falls in love with a mysterious girl (Lucy Boynton) and sets up a band to impress her and promptly rebels against the school's archaic policies.

Hilarious and poignant at the same time, Sing Street hits all the right notes. It features a stellar cast and its original soundtrack is phenomenal.

It's available on Netflix and it's a must-watch this St. Patrick's Day if you haven't already seen it.

Ken Loach's The Wind That Shakes the Barley took home the Palme d'Or at the 2006 Cannes Film Festival, the most prestigious award at the festival.

It follows Damien (Cillian Murphy) as he joins a local flying column in the IRA during the War of Independence.

Loach's film is far grittier than Michael Collins (1997), which takes a more Hollywood approach to the Irish War of Independence.

It successfully documents the atrocities committed by both sides but really shows the horrors of the Black and Tans.

The film transitions into the Irish Civil War and comes to a gut-wrenching conclusion.

By far the darkest movie on this list, In Bruges is one of the funniest Irish movies ever made.

Featuring a dream partnership of Brendan Gleeson and Colin Farrell, In Bruges follows two assassins hiding out in the Belgian city of Bruges.

Farrell, in particular, stars in the role of a suicidal hitman, and the film doesn't shy away from making some of the most risque jokes imaginable.

Featuring a young Daniel Day-Lewis, In The Name of the Father received seven Oscar nominations.

It's a harrowing tale that follows Gerry Conlon, who was falsely implicated as an IRA member involved in the bombing of a Birmingham pub in 1974.

Conlon was one of four people charged with the bombing without any evidence. He spent 15 years in prison for a crime he didn't commit and the film follows his time in prison and the legal battle to secure his freedom.

A true story, In the Name of the Father, is definitely worth a watch this St. Patrick's Day.

This Paul Greengrass feature documents one of the most infamous and tragic moments in Irish history.

The film is expertly shot and captures one of the most traumatic moments in Irish history perfectly.

Often neglected in best of Irish lists, Bloody Sunday is definitely worth seeing.