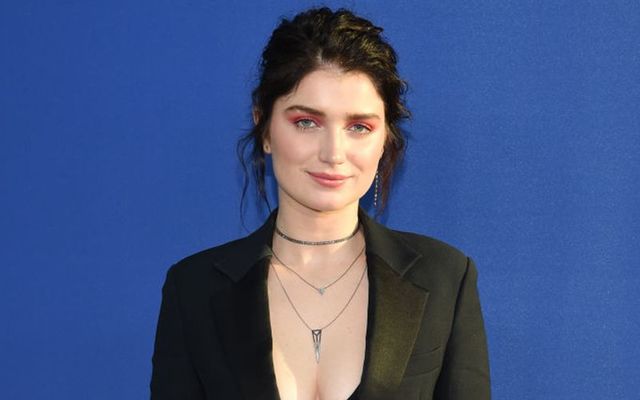 "Robin Hood" is released on November 21 at it seems that just in case Jamie Dornan wasn't enough, Bono's daughter Eve Hewson is the main reason why you should check it out this Thanksgiving weekend.

We knew Bono was a musical genius but now daughter Eve, 25, threatens to overshadow him with a stellar acting career.

That is entirely possible if you believe the Variety review of “Robin Hood,” released on November 21, where she plays Robin’s love interest, Maid Marian.

“She simply has it,” raves Variety.

The movie is expected to open big over Thanksgiving weekend. It is the timeless old fable redone with a youth-oriented kickass script and Eve Hewson is spectacular.

Here is what Variety says: “And then, of course, there’s Marian. Eve Hewson, who is Bono’s daughter, has a romantic presence expressed through a timeless gaze — she holds the screen with the kind of electrifying radiance you’re either born with or you’re not.

“She roots this youth rabble-rouser in something recognizably heartfelt, making a stirring case for the people to join Robin’s cause, yet beyond that Hewson simply has it. In the end, the film nods toward a sequel (set, presumably, in Sherwood Forest) with a pretty damn good twist of villainy, and the presence of an actress like Hewson is one reason you actually want to see it.”

She was cast back in 2015, and Deadline.com reported at the time that she beat out more than 100 actresses for the “much coveted” job.

Growing up her parents shielded her from much of the hype that surrounded her famous father.

She said, “Obviously, every now and then someone would start singing a U2 song at a party, but aside from that, it’s not really about who you are, what you have.”

She is Bono’s youngest daughter with an older sister, Jordan (23), and two younger brothers, Elijah (14) and John Abraham (11). She studied acting at NYU.

Elijah is also a promising musician so it seems Bono and Ali have passed the creative gene onto their children.