Brendan Gleeson is a dead ringer for US President Donald Trump in Showtime's upcoming mini-series "The Comey Rule." 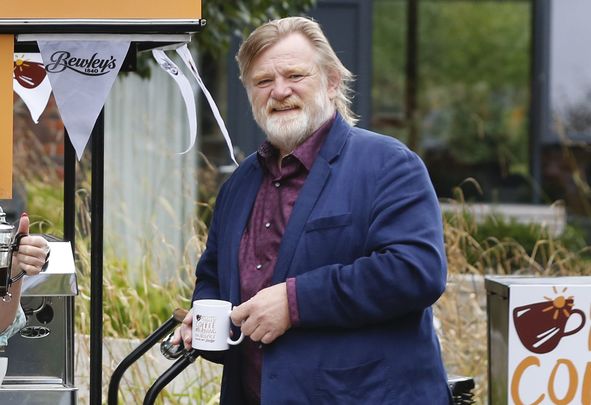 Brendan Gleeson as Donald Trump in The Comey Rule is really uncanny. RollingNews

A new still of Brendan Gleeson playing Donald Trump shows Dublin star's silhouette indistinguishable from the President's including his distinctive hair and profile.

Showtime has released the first image of Irish star Brendan Gleeson as President Donald J Trump in The Comey Rule. The four-hour series, also starring Jeff Daniels, as the former director of the Federal Bureau of Investigation, James Comey will be aired on back-to-back nights in last November 2020, following the presidential election.

Read more: New Irish show "The Liberties" pitched as the next Peaky Blinders

The new stills show Gleeson (65) playing Trump (74). His silhouette, including Trump's hair and profile, are practically indistinguishable from the president's.

The first look at Brendan Gleeson as Donald Trump in Showtime’s ‘THE COMEY RULE’ has been officially released. (Source: https://t.co/aj3dSjK3nY) pic.twitter.com/1gg7HAik9N

Comey's book, A Higher Loyalty, is the basis for this mini-series, along with additional interviews with a number of key players. According to Showtime, the series is an "immersive, behind-the-headlines account of the historically turbulent events surrounding the 2016 presidential election and its aftermath", which divided a nation. The series is not a biopic of one man but is instead "the story of two powerful figures, Comey and Trump, whose strikingly different personalities, ethics, and loyalties put them on a collision course."

The network describes the series, The Comey Rule as taking "us on an insider’s journey down the corridors of power, where decision-makers struggle to apply old norms to a dramatic new paradigm in the face of Russia’s deep and unprecedented penetration into American politics, with our nation’s rule of law hanging in the balance. Each character’s actions in these historic months made the careers of some, destroyed the careers of others, and helped shape the incendiary political landscape we live in today.

"Part one of the series examines the earliest days of the Russia investigation, the FBI’s investigation into Hillary Clinton‘s emails, and their impact on Election Night 2016 when Trump stunned the world and was elected president. Part two is a virtual day-by-day account of the tempestuous relationship between Comey and Trump and the intense and chaotic first months of the Trump presidency — where allies became enemies, enemies became friends, and truth depended on what side you were on.”