Charting your own career in the arts when your father is one of the biggest rock stars in the world probably isn't the cakewalk it looks like. 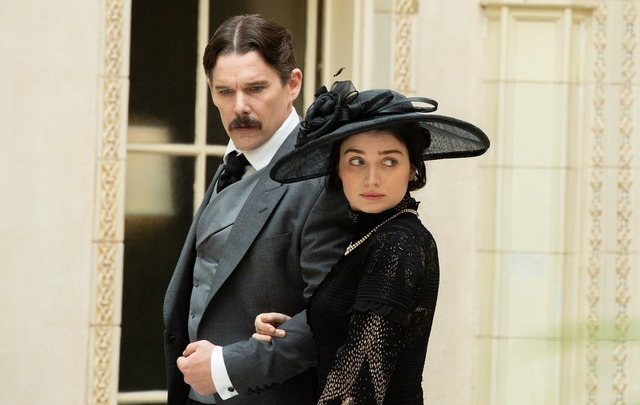 Especially if your dad happens to be Bono, the rock star with a second life as a particularly high profile diplomat.

However, Eve Hewson has carved out quite an acting career on her own since she graduated from the Tisch acting program here in New York.

This week she plays the daughter of the richest man in America in Tesla, a biopic about the life of the long-neglected inventor.

Hewson, 29, may have gotten some plum auditions based on her lineage, but the work she does in front of the camera is all her own. In recent years that work has been increasingly speaking for itself in impressive turns and an ever-growing range of styles and characters.

This week she appears opposite Ethan Hawke, 50, and Jim Gaffigan, 54, in Tesla, a new biopic about the under-celebrated Serbian inventor, electrical engineer, and prophet of the future. Hawke plays the titular scientist and Hewson plays Anne Morgan, J.P. Morgan's spirited daughter. That's John Pierpont Morgan, of course, the richest man in the world in Tesla's heyday and a major investor in his brilliant experiments.

Playing the daughter of a complicated millionaire may not be such a stretch for the Irish actress, but Hewson's character is still the most engaging in the film, becoming a stand-in for the audience's curiosity about the unknown and unknowable inventor, whom she peppers with questions in an effort to understand what drives him.

In fairness to her skill onscreen she carries her own, playing a smart and sophisticated society woman who has the measure of all the so-called great men around her. There is even her thwarted romantic yearning for this hard to reach the man of science (played by Hawke with a distant to the point of vanishing inscrutability).

Hewson (best known for her turns in The Bridge Of Spies and Robin Hood) is not given a lot to work with by the script or by most of the other actors onscreen but she still makes a strong impression in every scene.

A graduate of the Tisch acting program in New York she readily admits that her enviable celebrity background was a major leg up the career ladder, at least in the beginning and she was happy to use it.

“I think it was easier for me to get in the door,” she told the Daily Mail in June. “Some of the friends I went to Tisch with are the most talented actors but have found it difficult to get an audition. That's never been a problem for me, and I think that's because of my family. That's not the way the system should work, of course, but if the door is open, walk through the door.”

"Tesla" was originally scheduled for a spring release and the cast had started hitting the premiere line at Sundance in late January, but then the pandemic changed their plans and their lives. 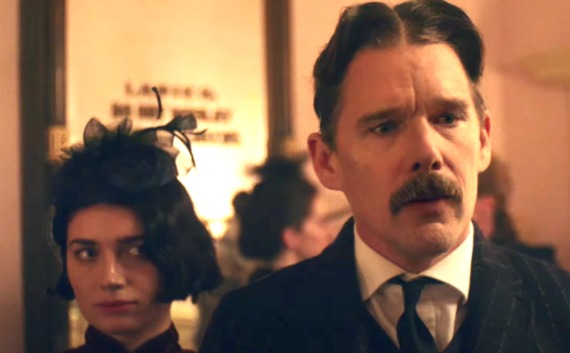 Hewson was still in New York when COVID-19 hit and she decided to do what many other Irish celebrities also did, head home to the mothership, returning to Ireland on March 16 just days before the lockdown when the US government announced a ban on all non-US citizens traveling in from Europe and Ireland.

“I have never loved a city more than New York, I've lived there for 10 years and it's my favorite city in the world so it's a very strange thing that I can't get back there at the moment,” she told the press.

Home means Bono and Ali Hewson's palatial digs overlooking the sea in Dalkey, a charming town on the Dublin coastline that's turned into Ireland's mini Beverly Hills. There are worse places to ride out a pandemic and she's currently doing so in the company of her siblings Jordan, 31, Elijah, 20, and John, 19.

Having just spent six months filming the new BBC series The Luminaries in New Zealand, based on the Man Booker Prize-winning gold rush novel set in 1865 where she plays the heroine Anna Wetherell, Hewson was ready to be reunited with her famous clan. 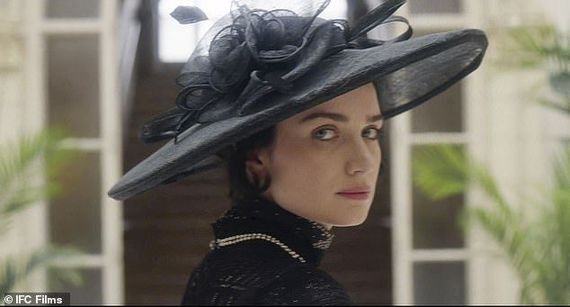 Interestingly, it's yet another period drama in a screen career that has been handily lining them up. In "The Luminaries" Hewson plays a mysterious young woman who's in search of a new life and is soon befriended by the brothel keeper and fortune teller Lydia Wells after a life-changing romantic connection develops onboard ship between her and fellow emigrant passenger Emery Stains, played by Himesh Patel.

Another role she's soon set to appear in is the Netflix crime drama "Behind Her Eyes," which tells the story of Louise, a hard-working secretary who meets and kisses a man she has just met called David in a bar, who then turns out to be her new boss.

Then she meets and befriends Adele (Hewson) who, wouldn't you know, turns out to be married to David. Is David the man she thought he was and is Adele really as vulnerable as she looks? Getting to grips with their secrets is the heart of the new Netflix drama which will hit the small screen soon. 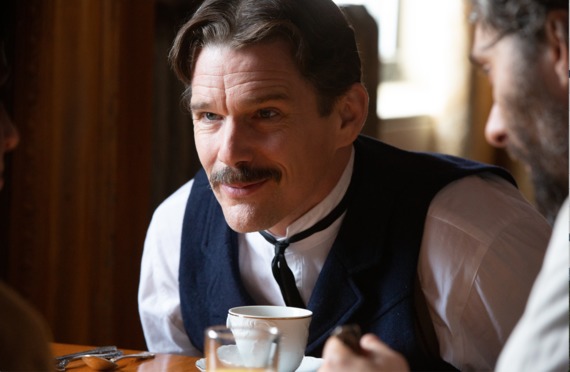 Meanwhile, her turn in Tesla is undermined by an underwritten script (full of eccentric choices like having her quote Google searches in period costume in front of a MacBook or having Hawke sing the Tears For Fears hit Everybody Wants To Rule The World in character as the genius inventor. Tesla could see far into the future but all the way to New Wave? What on earth?

It doesn't help that Hawke gives his most interior screen performance ever as the admittedly aloof and hard to reach Serbian inventor. Anne Morgan's fascination lasts much longer than the audiences for this Eastern European blank slate.

Still, the most compelling scenes in a film that ostensibly about a great man belong to two great women (Hewson as Morgan and Rebecca Dayan as Sarah Bernhardt). They own the scenes when this graduate thesis piece sparks some real electricity.
"Tesla" opens in theaters and on-demand on August 21.