Spending more time indoors this summer than you'd like due to coronavirus and the heat? Here's some movies to help you chill out. 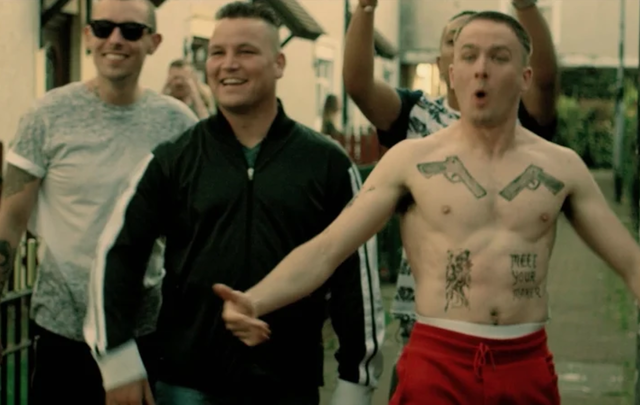 We're all becoming a little more familiar with our own four walls these days, so here's a list of some terrific (and not so terrific) online Irish movies to keep us ticking over.

If you have been meaning to binge-watch a series or perhaps a three-and-a-half-hour long Scorsese film now is indisputably the time.

Starting with The Irishman (Netflix) a good if grim meditation on an Irish American man's rise and rise within the American mafia, it's based on the true story of capo Frank Sheeran and stars Robert De Niro at his steely best as a ruthless sociopath on the make.

Critics loved its clear-eyed meditation on the ultimate pointlessness of Sheeran's long violent criminal life – how much money is enough money Scorsese asks, how many people do you have to kill before you understand just how little your life was?

The criminal life Irish style, in particular, North Dublin style, is the subject of Cardboard Gangsters (Netflix). John Connors won Best Actor at the Irish Film and Drama Awards (IFTA) and at the Manchester International Film Festival for his role as a drug lord looking for his path to paradise.

Connors is riveting in this equally grim tale of the mean streets, this time Irish style. Hoping to outrun his past his story often echoes Frank Sheeran's but Connor's character has the capacity for regret and Cardboard Gangsters is all about regret.

Darby O'Gill And The Little People (Disney Plus)

This will make you laugh, if not snort, but why not check out Darby O'Gill And The Little People (Disney Plus) for what it tells you about the sentimental way America perceived Ireland. Based on an idea by Walt Disney, who visited Ireland in the late 1940s and was quickly enchanted by the Irish folklore.

Throughout the film, there are knee-slapping leprechauns, black shawl wearing widows, pots of gold and just about every cinematic cliché about Ireland you could ever imagine in one film whose witlessness is actually its most appealing quality.

Without Darby O'Gill then Sean Connery would never have become James Bond, which is a loss the world could have lived with considering this one made his name.

Darby O'Gill is a set piece of every stereotype the Irish have ever fought against and it should be seen in the interest of understanding why some people here shout Lucky Charms when you speak in your own accent.

You may not have heard of The Breadwinner (Netflix) a gorgeous and unforgettable Irish and Canadian animated co-production that's actually set in Afghanistan, so let me convince you, this is a gripping Oscar-nominated story about a brave 11-year-old Afghan girl who disguises herself as a boy in her Taliban run country in order to work odd jobs to provide for her family after her father is arrested.

Exposure could mean death. So how do you navigate such a dangerous women hating world and still maintain some semblance of sanity? For Parvana, the girl in the story, it's her imagination that saves her. Inventing magical worlds that provide her with the necessary hope she needs, soon she finds the courage to set out on the long journey to reunite her family in this heart-stopping tale.

The Wind That Shakes The Barley (iTunes)

It'll soon be the centenary of the Irish War Of Independence and director Ken Loach's masterful The Wind That Shakes The Barley (iTunes) is the perfect introduction to the history and context of the times.

Set in the early 1920s, it follows Damien, an Irish medical student, whose plan of training in London is curtailed when he witnesses the effect of the rough work carried out by the Black and Tans on his local community, which soon leads him to join his brother Teddy in the Irish Republican Army.

But when the peace treaty is signed the brothers are pitted against each other and events are set in motion to break your heart. It's the ideal reminder of hard-won Irish independence really was and why so many fought for it.

Read more: The best of Irish music shows and events to watch