A former FBI undercover agent has run the rule over some of the most famous Irish mobster movies of all time. 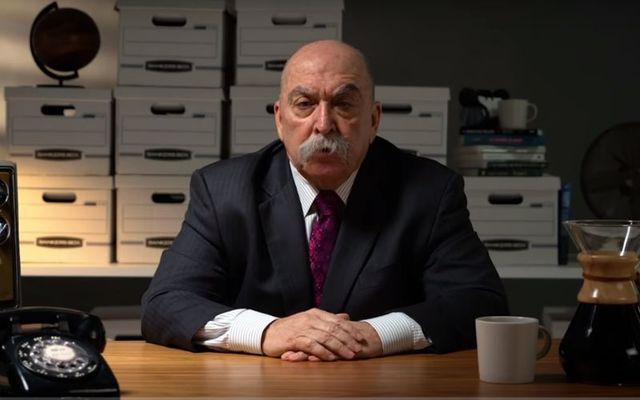 A retired Irish-American FBI undercover agent has run the rule over some of the most famous Irish gangster movies of all time.

As part of a special true-crime series with Vanity Fair, Mike McGowan (an FBI agent for 31 years)  scrutinized scenes from "The Departed" and "The Irishman," among other mobster flicks, and gave his verdict on how accurately they depict day-to-day life in the mob.

Directed by Martin Scorcese, "The Irishman" received widespread critical acclaim when it was released last November, but McGowan questioned some aspects of the film's realism.

He said that Frank Sheeran - the main character played by Robert De Niro - would not get a seat at the table in a mob family as quickly as he did.

The film takes place in 1950s Philadelphia and follows Sheeran, a delivery truck driver, as he becomes more involved in organized crime.

McGowan said that "The Irishman" faithfully recreates the hustle that a number of small-time criminals undertake when it shows Sheeran selling meat on the side to the prominent mob family. However, he questioned whether De Niro's character would be so readily accepted into the business.

"He slid a couple of sides of beef off and then the next thing is him sitting at the table having dinner with the mob, and talking about getting more steak," McGowan said.

"That's not a very savvy mobster as far as I'm concerned. Just because somebody gave you a steak dinner they don't get a seat at the table.

"They'll tolerate him or give him some acceptance, but he's not sitting around hearing all the secrets of the table, that's for sure."

Read more: Was Whitey Bulger's murderous life down to LSD testing by the CIA?

In one scene, the police officer (played by Leonardo Dicaprio) attends a deal between two rival gangs.

McGowan said that the chaos in the police control center is hyper-realistic and said that Scorcese accurately captures the tension in police headquarters when they are trying to make a significant bust.

However, McGowan also said that the deal itself was completely unrealistic.

Almost two dozen mobsters are present for the sale of microprocessors. McGowan said that this simply wouldn't happen.

The former FBI agent said that there are too many potential witnesses and that the deal would be limited to the mob bosses in real life.

"If I have an important meeting I'll have it in the lobby of the Plaza Hotel, you hide in plain sight."

He commended the attention to detail in "The Sopranos" around day-to-day life in the mob and also praised HBO's "Boardwalk Empire" for how it portrayed a mobster's interrogation of an undercover police officer.

The show features a scene where the famous prohibition-era gangster Al Capone questions an undercover agent, and McGowan said that the scene was extremely lifelike in how it captured the moment.

What do you think about mobster movies? Are they realistic? Let us know in the comments.