Irish star Domhnall Gleeson features in new HBO comedy alongside Merritt Wever, from the of the British actress/writer/producer behind the smash-hit Fleabag. 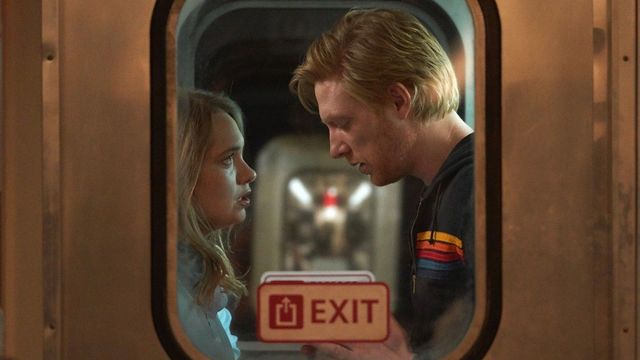 Irish star Domhnall Gleeson features in new HBO comedy alongside Merritt Wever, from the of the British actress/writer/producer behind the smash-hit Fleabag.

Her megahit series Fleabag made Phoebe Waller Bridge an international star – not to mention her Killing Eve which is still going strong -- and the British actress/writer/producer is no doubt hoping for similar success with her upcoming show Run, which will bow on HBO on April 12.

Phoebe will co-produce and occasionally appear in the series, which stars Irish actor Domhnall Gleeson, best known for his role as General Hux in the recent Star Wars films.  HBO unveiled a trailer for the comedy last week and it looks like a project that’s worth our TV viewing time.  It also stars two time Emmy nominee Merritt Wever from Nurse Jackie.

Read more: Derry Girls season 3 to begin filming in May

So what’s it about?   Here’s the HBO synopsis: “Ruby Richardson (Wever) walks away from her ordinary life in the suburbs to revisit her past with her college boyfriend, Billy Johnson (Gleeson). The two made a pact 17 years earlier: If either one of them texted the word RUN and the other replied with the same, they would drop everything and meet in Grand Central Station and travel across America together. Phoebe Waller-Bridge guest stars as Laurel, a woman who Ruby and Billy meet on their journey.”

Gleeson’s character Billy is “a successful life guru from a wealthy Irish family who deftly combines a boatload of charisma with a boundless need for approval,” says The Hollywood Reporter.

Waller-Bridge co-starred with Gleeson in the 2017 film Goodbye Christopher Robin, and it looks like they stayed pals.

Here's a teaser trailer for Run, from HBO: