General Hux aka our Dublin star's new movie The Kitchen didn't do much at the box office but Gleeson's upcoming Star Wars The Rise of Skywalker will be whopper... but he won't tell. 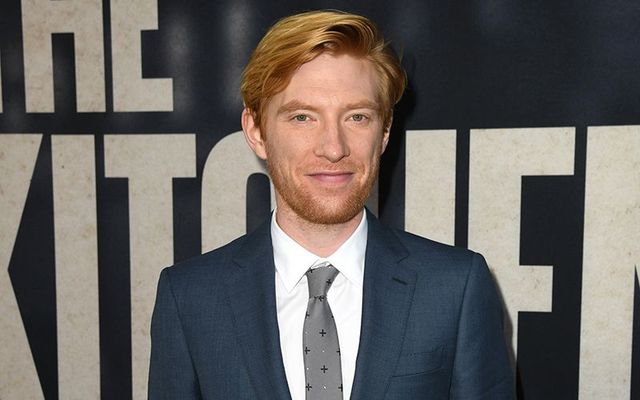 General Hux aka our Dublin star's new movie The Kitchen didn't do much at the box office but Gleeson's upcoming Star Wars The Rise of Skywalker will be whopper... but he won't tell.

Domhnall Gleeson’s newest film The Kitchen landed with a thud at the box office last weekend – in fairness, his is only a supporting role – but thankfully he’ll always have Star Wars.

The next and last film in the current SW trilogy, The Rise of Skywalker, is due for release on December 20.  It’ll be Gleeson’s third go-around, having originated the role of General Hux in The Force Awakens and The Last Jedi.  The 36-year-old is proud of the work he’s done with the mega-franchise and feels fans are going to love Skywalker.

“It was cool, it was a page-turner. It was different than what I had thought. It was great. It was exciting,” Gleeson recently told the website Collider.

“And, also, you feel part of this tiny club that gets to read these things ahead of other people and that feels great. I really did enjoy that. I think it’s gonna be cool.”

Blabbing the ending, or surprising plot twists, is always a worry for Gleeson, given that Star Wars films are guarded like state secrets prior to their unveiling.  He joked to another website last year that inadvertently spilling the beans would be his worst nightmare.

“I made the terrible mistake of reading the script, I know everything. The nightmare is falling asleep on public transport.  The nightmare is you wake up on a plane and someone’s dictating,” he said.

“You wake up and your mouth is shaping words, you wake up and you’re like, ‘Skywalker did this.’ And then you realize you don’t know how long you’ve been speaking, and there’s a kid filming, there’s somebody writing it down. And because you’re in the air, you say, ‘We need to have a talk before we land, I can access my bank account.'”

Thankfully December 20 will be here before Domhnall knows it!

Will you be going to see Star Wars The Rise of Skywalker? Are you a Domhnall Gleeson fan? Let us know in the comments section below.