With the pandemic still looming, there's no better time for a bit of Irish-inspired Netflix and chill! 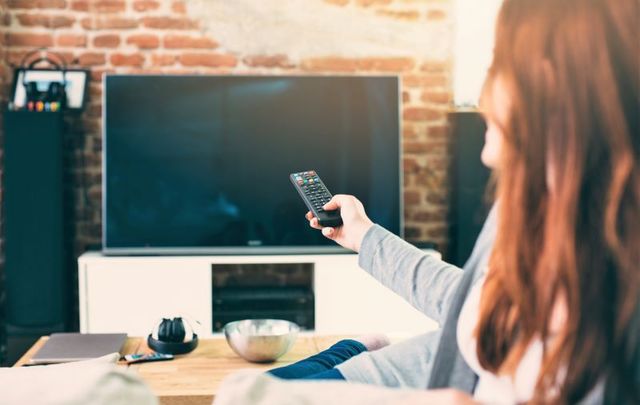 Lockdown and social distancing requirements mean you may finally have some time to catch up on those Irish films and TV shows you have been meaning to for ages. This week, IrishCentral has handpicked some Irish made, themed or starring shows to check out.

You still can't go to the movies or the theater so why not have the movies just come to you? This is the golden age of streaming services after all and if ever there was a time for some Netflix and chill, it's right now.

Thanks to the pandemic the major cinemas aren't opening back up again anytime soon, so Hollywood has taken an unprecedented four month long powder, holding back all their big blockbuster releases and even the smaller scale Oscar baiters until some clarity emerges (and newsflash, no clarity is emerging).

So we are where we are, in a weird pandemic lull that's seemingly without end, where everyone looks to what everyone else is doing for basic survival tips in the absence of regular and non-conflicting government guidance.

Given all that, who could blame you for wanting some escape time? This week we suggest you catch up on some truly accomplished Irish films and TV shows that are now streaming online.

Let's start with a gripping show about the formation of the Irish Republic itself. Rebellion is the name of the gripping period drama about the events surrounding the historic 1916 Easter Rising.

Told through the perspectives of a group of friends on both sides of the conflict, this epic miniseries follows on from the turmoil of World War I and the revolutionary response of Irish nationalism to the pursuit of Ireland’s independence.

It's boasts a gimlet eyed script by Colin Teevan which lays bare the remorselessly exploitative nature of British colonialism, as well as the violence of their all-in fight to maintain the control that was already eluding their grasp.

Rebellion (now streaming on Netflix) was the most expensive miniseries Ireland's national broadcaster RTE ever produced and their investment in the five part production was rewarded with a handsomely produced drama of Irish national struggle first broadcast in the centenary year of the Rising itself.

This being Ireland, there was controversy about the portrayals, the direction taken and the script, but the show still had a sequel with Resistance in 2019, which opens with the British police closing in on Michael Collins and his team (not currently on Netflix but available on YouTube).

The Siege of Jadotville

The long-forgotten 1961 siege at Jadotville in The Congo, during which an Irish battalion repelled the attacks of Katangese secessionists, is the subject of the aptly named The Siege of Jadotville (Netflix).

The film, starring Jamie Dornan, tells us roughly how an Irish UN peace keeping force ended up caught in the middle of, of all things, a violent post-colonial dispute. Diplomatic incompetence leaves the boys from A Company sitting ducks in a small mining town, where the only option is to fight or die.

It was the noted unionist Conor Cruise O'Brien, then the special representative to the Secretary General of the UN, who abandons the soldiers in an impossible holding position and Dornan plays Commandant Pat Quinlan, the military leader who can see how quickly the security situation is deteriorating.

How Quinlan and his men hold their position under attack from both land and air without a single Irish death is certainly worth recording, and this film lays out some of  the rough work Irish defense forces have sometimes been forced to perform by far away politicians with their own narrow agendas.

Irish history of a different kind is the subject of the documentary miniseries The Irish Mob (Netflix). From the Irish gangs of New York that controlled the mean streets in the late 1800s, to the mobsters of early 1970s, this arresting six-part series tells the stories of first-generation Irish kids who would become some of America's most notorious and wanted gangsters. 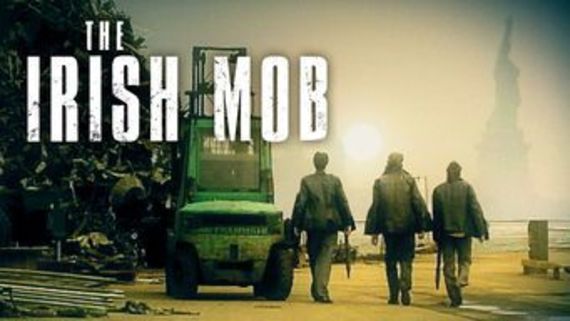 The Irish Mob now on Netflix

Forever the underside of the American Dream, the poor and dispossessed Irish have often turned to crime to catch their slice of the pie in a city where it's usually off the menu to them. One of the most lucid voices in the series belongs to T.J. English, who's magisterial knowledge of Irish hoodlum arcana is unmatched.

Handsome Devil (Netflix) stars Fionn O'Shea, the 23-year-old actor Irish actor who became a lightning rod for viewers as sadistic Jamie in Normal People, Sally Rooney's town and country soap opera that lit up Hulu in May. There's more to O'Shea that threatening scowls as his debut film makes clear.

Set in Dublin at a Blackrock like public school, O'Shea plays Ned, the ostracized black sheep of the school who is presumed by all to be gay and Nicholas Galitzine plays Conor, the school's new rugby star-player.

When the pair start up an unlikely friendship, every convention of the school is tested. You won't anticipate what comes next in this John Hughes like coming of age drama, which features a rocking Hughes-like soundtrack, which also served as a perfect springboard for the up and coming young Irish star.

Read More: These are the best Irish movies to watch on Netflix today

Can't Cope, Won't Cope is the riotous toxic friendship from hell tale that follows two young Cork women whose lives come unglued in Dublin after one too many wild nights. Fleeing from adult responsibility may be its own reward but as this show reminds us it will come at a cost you might not be willing to pay.

The contrast between how the girls live and how they try to present their best selves on social media tells a story in itself. Rarely has the challenge of being in your 20's been taken on so emphatically, nor has the one night stand scene of Copper Faced Jacks (known in Dublin off your face in the jacks). Can't Cope, Won't Cope is now playing on Netflix.

Irish chef Rachel Allen deserves to be better known in the US and so her show All Things Sweet (Prime Video) is a must-watch. Like the title says her subject is sweet treats and in this twelve-part series you'll learn how to prepare knock out recipes for desserts, cakes, and confectionery to host a show-stopping dinner party or a simple everyday treat for adults and kids.

Rachel shares professional techniques designed to help everyone get the perfect results and she ravels around Ireland meeting people with specialist skills that give new insights into the preparation process.

From afternoon teas to fresh and fruity treats to continental indulgences to American classics, her knowledge of her subject is unsurpassed and you are bound to be inspired by these easy to follow recipes.

Finally here's a show to help you dream of what you might do when it's safe for us all to travel again. The Shelbourne Hotel is the most famous grand hotel in Dublin and this legendary five star recently received it's own TV show as it undertook a multimillion refurbishment.

The six-part series titled The Shelbourne Hotel (Prime Video) will lift the curtain on the daily behind the scenes work that keeps this particularity impressive flagship sailing. It's also a gentle reminder of the world we have just left behind and a bit of a prayer than it may be restored soon. Recommended.