"The Comey Rule," starring Brendan Gleeson and Jeff Daniels, will debut in the US in September. 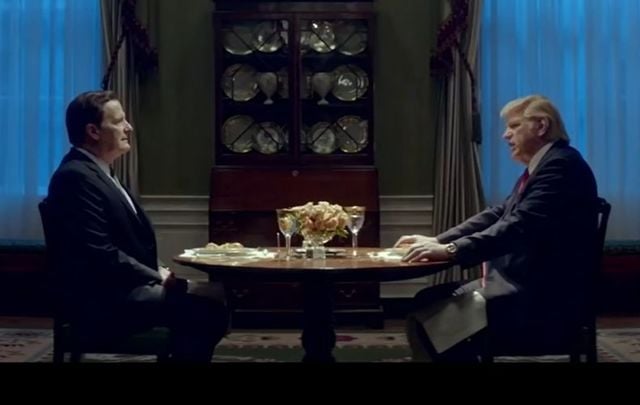 Brendan Gleeson plays the 45th President of the United States in the upcoming Showtime miniseries 'The Comey Rule,' and the Dublin actor has completely transformed his appearance to play the role.

The former Harry Potter star looks completely unrecognizable in the new trailer, released on Wednesday, and bears an uncanny resemblance to Trump.

"Some people in the Bureau have it in for me, but I'm the President now," Gleeson says in the new trailer.

Gleeson plays one of the starring roles in the four-hour miniseries, based on 'A Higher Loyalty', former Director of the FBI James Comey's 2018 autobiography.

The highly-anticipated series will air on Showtime on September 27 in the middle of the election season and will conclude a day later on September 28.

Starring Jeff Daniels as James Comey, Showtime has billed 'The Comey Rule' as "an immersive, behind-the-headlines account of the historically turbulent events surrounding the 2016 presidential election and its aftermath, which divided a nation."

The second episode of the series, meanwhile, will be a "virtual day-by-day account" of Trump's stormy relationship with Comey and an exploration of his turbulent early days as president, Showtime says.

The series is not a biopic, Showtime said, but a "story of two powerful figures, Comey and Trump, whose strikingly different personalities, ethics, and loyalties put them on a collision course."

No UK and Ireland release date has been confirmed for the show, which is also based on interviews with key, real-life figures, according to Showtime.

Vanity Fair also managed to get hold of some stills from the show and posted them on their Instagram account: