Get ready to hear the name Daryl McCormack over and over again - the Irish actor is on the rise and co-starring with Emma Thompson in "Good Luck to You, Leo Grande." 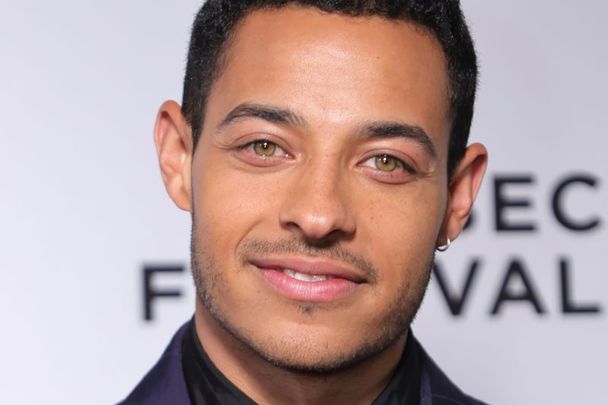 Darryl McCormack, a 29-year-old native of Co Tipperary, co-stars with Emma Thompson in the buzzy new flick "Good Luck to You, Leo Grande" which drops on Hulu on June 17, and word of mouth is incredible.

The dramedy tells the story of a widow desperately seeking a sexual awakening she never once had during her marriage, and paid escort Leo Grande, played by McCormack, provides just what she needs and then some.

The trailers are funny and McCormack is adorable in them. He’s got a big future, and already a feature in Vogue magazine to his name.

McCormack recently told The Guardian about the importance he placed on portraying sex workers as real people as opposed to deviants.

“Of course, I was exposed to the idea of the degradation of sex workers, seeing those stereotypes, because it’s shown in films and stories so often.

"And then I spoke to real sex workers via Zoom, and I met people who had gone on their own individual journey, found their own sense of authority, power, and identity. I was speaking to people who weren’t victimized, who had a sense of who they were and who found a lot of joy and vocation in what they did,” he said.

So who exactly is Daryl McCormack? He was raised in Nenagh in Co Tipperary by a single mother who met his father while she was in America and brought her son home to raise him. He’s an only child, and if his days as a young hurler had turned out better, we might be seeing Daryl on a GAA pitch instead of acting alongside a world-famous Oscar winner.

“I had a golden era in hurling and then I didn’t hit my growth spurt the same way other young men did. That peak and then the fall…my ego at 14 was taking a hit. But I lived to tell the tale,” he said.

McCormack is a graduate of the famed Gaiety School of Acting in Dublin, and he’s featured in several shows to date, including the Irish soap Fair City and the mega-hit "Peaky Blinders."

The rising Irish actor lives in London now, as does his mom, and he maintains a close relationship with his paternal grandfather in America.

Of his grandfather, McCormack told The Guardian: “When he was in his 20s, in the 1970s, he was out in LA, trying to become an actor. So he had his own journey with it and he really is very proud, vicariously living through me now.

"He just loves seeing his grandson go on the journey he’s gone on himself, and I’ve got to the point where I’m going further than where he finished."

The sky’s the limit for him now – among his future projects is "Bad Sisters," a new Sharon Horgan production that will air on Apple TV+ next year. He’s also down to star with Julie Delpy and Richard E. Grant in a feature called "The Tudor."

"Good Luck to You, Leo Grande" was a big hit at the Sundance Film Festival earlier this year. Daryl and Emma, who he calls his “best friend,” are in New York this week promoting their work.

The film pulls no punches as far as the sex scenes go, and Emma disrobes on film for the first time.

"(Director) Sophie, Daryl, and I rehearsed entirely nude and talked about our bodies, talked about our relationship with our bodies, drew them, discussed the things that we find difficult about, things we like about them, described one another's bodies," Thompson told Entertainment Weekly. "It's very challenging to be nude at 62.”