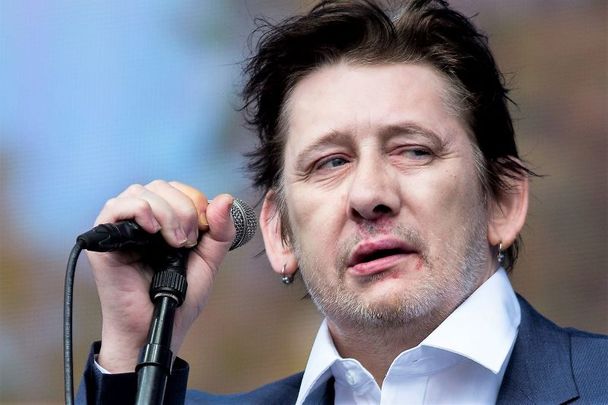 Depp and MacGowan have been friends for decades, and MacGowan has steadfastly defended Depp throughout all of his trials and tribulations. So it was a jubilant message that the MacGowans jointly posted on Instagram after the verdict in Depp's favor.

“This is just SO ABSOLUTELY BRILLIANT!!!!!!!," MacGowan said on Instagram.

"There are no words to express our excitement and gratitude … we have been praying and praying for this for years and to finally see justice is thrilling beyond measure!!! Well done to everyone involved and well done to everyone who stood by him no matter what!!! #justiceforjohnnydepp.”

MacGowan's got multiple health issues which likely prevented him from traveling from Dublin to see Depp in person, but Clarke was more than up for a celebration.

Depp was in the UK when the verdict was confirmed, playing concerts with his friend Jeff Beck, and Clarke made her way to Glasgow last Friday to hang with the star backstage.

“Thank you so much for an absolutely magical gig  @jeffbeckofficial and  @johnnydepp! Pure genius!!!!,” she wrote.

Another Irish friend of Johnny, singer Imelda May, tweeted her support a few weeks back but took the tweet down after a backlash. After the June 1 verdict, she simply tweeted this: “Mega pints.”

During the trial, Depp was asked by his ex-wife’s attorneys if he poured himself a “mega pint of red wine,” sparking all kinds of funny memes as a result.