The newly-released "Frank of Ireland" trailer gives a sneak peek at the Gleeson brothers flexing their funny bones. 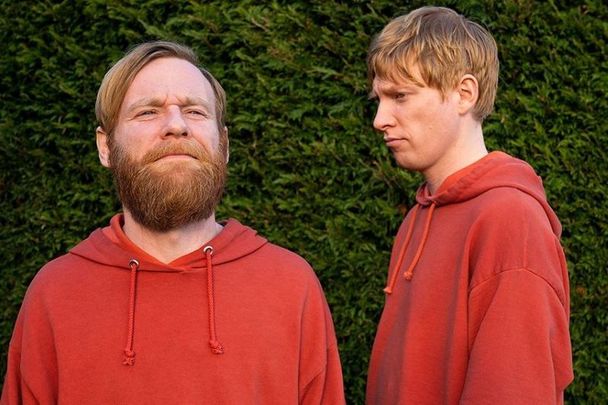 The new Irish comedy "Frank of Ireland" debuts internationally on Amazon Prime on Apr 16 and airs on the UK's Chanel 4 on Apr 15.

"Frank of Ireland," the new Irish comedy series starring brothers Brian and Domhnall Gleeson, is described as "a physical and ridiculous brand of humor with an original twist."

In it, Brian Gleeson stars as the show's unlikely "hero" Frank Marron, the Irish "32-year-old catastrophe" who is "a misanthropic fantasist in arrested development who’s convinced that the world owes him."

A synopsis for the new show says: “Frank is newly single and still lives at home with his mother, Mary (Pom Boyd). He’s a self-proclaimed musician with a tenuous hold on reality, and hasn’t written a song or played a gig in years. His ex-girlfriend Áine (Sarah Greene) has just found a new boyfriend, and Frank may be finding that a tad difficult.

“Set in an idyllic suburb of Dublin, Frank of Ireland is the hilarious story of a man’s hapless search for respect, as he struggles to grow up and get his life together, and hopefully not burn everything to the ground in the process.”

You can check out the newly-released trailer for "Frank of Ireland" here:

Elsewhere,  Brian Gleeson stars as Jimmy McCavern in the BBC period gangster drama "Peaky Blinders" and he has featured in Channel 4/Hulu comedy "The Bisexual" as well as feature films including "Hellboy" and "Snow White and the Huntsman." Domhnall Gleeson stars in the upcoming HBO romantic comedy thriller "Run," exec produced by Phoebe Waller-Bridge, and featured as General Hux in the "Star Wars" sequel trilogy.

The six half-hour episodes of “Frank of Ireland” arrive on Amazon Prime in the US, Canada, and Australia on Friday, April 16. The Irish comedy series will premiere on Channel 4 in the UK, on April 15 at 10pm EST.