Happy Birthday, Domhnall Gleeson! From Harry Potter to Star Wars what's not to love about this gem of a Dublin actor. 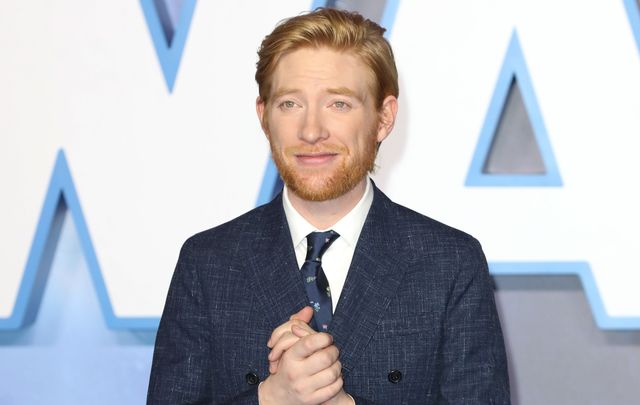 Domhnall Gleeson celebrates his birthday today, May 12! To mark the occasion we're celebrating his most loved movies.

Domhnall Gleeson turns 37! Celebrating this North County Dublin star we're running down through his most popular movies to date.

Gleeson rose to fame when he bagged the role of Bill Weasley, the elder brother of Ron, in the Harry Potter franchise but his career thus far has been varied and frankly brilliant!

The son of Brendan Gleeson and brother of Brian Gleeson, both stars in their own right, Domhnall hails from the beautiful village of Malahide, in north County Dublin.

His career started out behind the camera when he wrote and directed several short films. However, it seems he was destined to be in front of an audience. In 2016 he garnered a Tony Award nomination for his role in the Broadway production of The Lieutenant of Inishmore. In 2010, he had a supporting role in Never Let Me Go but it was his role in Harry Potter and the Deathly Hallows: Part 1 that brought him stardom. In Harry Potter, he also starred alongside his father who played the role of Alastor "Mad-Eye" Moody.

Since then he's played the leading man in the beloved rom-com About Time, Captain Andrew Henry in The Revenant, A. A. Milne in Goodbye Christopher Robin, and has won three Irish Film and Television Awards.

Here's a rundown of his most popular roles, sourced through Rotten Tomatoes:

Did we miss out on your favorite Domhnall Gleeson movie? Let us know in the comments section below.