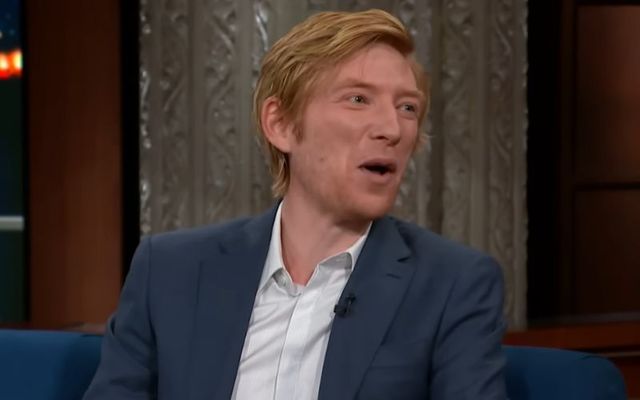 Domhnall Gleeson deals with the mispronunciation of his Irish name all the time!

Gleeson's latest challenge was with Stephen Colbert, the host of "The Late Show" in the US. The Irish actor stopped by the late-night talk show to do some promo for his new FX series "The Patient," which co-stars Steve Carrell.

Gleeson didn't hold back and told Colbert: "You can imagine my dismay when a few weeks ago you had Steve Carell on the show and you said, ‘Now, in this series, you are with Dom-nom-nall Gleeson.'

“I’m not gonna take this from a Colbert,” Gleeson hit back, to whoops from the crowd.

You can watch the hilarious moment from "The Late Show with Stephen Colbert" here:

This isn't the first time that Colbert's comically fumbled with an Irish name. Saoirse Ronan has also fallen victim to Colbert's mispronunciation.

The name Domhnall derives from the Scottish Gaelic personal name "Domhnall and Dòmhnall", meaning “ruler of the world, king of the world”. The name is ultimately derived from the Old Celtic word elements “dubno” (world), a Celtic name of the God of the Dobuni, plus “val” (rule).

The final -d on Donald is partly derived from a misinterpretation of the Gaelic pronunciation by English speakers, and is partly associated with the spelling of similar-sounding Germanic language names.

Below is a video of long-suffering Domhnall Gleeson explaining to the world how to pronounce his Irish name.