Did you know that Stephen Colbert has 94% Irish roots? 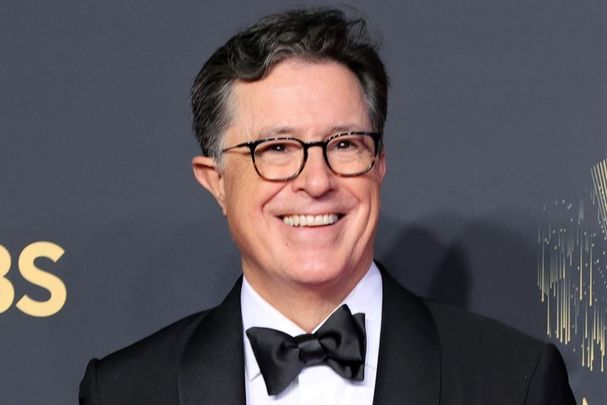 "So dense and deep is his Irishness that I have little choice but to share it in digest form in order to give a short, yet fairly comprehensive tour of his ancestral map."

This article appears in the February/March 2015 of our sister publication Irish America magazine.

It was a damp morning in late February 2008 when the phone rang. Harvard scholar and PBS host Henry Louis “Skip” Gates, Jr. was calling with one of his random genealogical requests. He was going to be on "The Colbert Report" later that day. Did I, by any chance, know anything about Stephen Colbert’s roots? Luckily for him, I had two hundred years of family history at the ready.

Unnaturally obsessed with the ancestry of my fellow Irish Americans, I had already snooped into Stephen Tyrone Colbert’s past and discovered that he was about as Hibernian as they come. Fifteen of his 16 great-great-grandparents were either born in Ireland or of Irish heritage and rather remarkably, their descendants continued to marry only with other Irish Americans for three generations until Stephen himself slightly disrupted the flow when he wed Evelyn “Evie” McGee.

In his own words, “I have broken the pattern, and am in a mixed-race marriage. I’m Irish, and my wife is Scots-Irish. Somehow we make it work.”

Several weeks after Gates’s call, my nosiness was rewarded when I woke up to the best St. Patrick’s Day gift possible – an email from Stephen thanking me and remarking that he was “thrilled to hear we are pretty much pure Irish.” Fortunately for all of us, this should-be poster child for Irish Americans has recently been anointed as David Letterman’s heir apparent and will take over 'The Late Show' in September. Though many will mourn the loss of Colbert, we will now be able to mellow out each evening with the man himself, rather than the character he has portrayed since 2005. And as anyone who’s ever met Colbert will attest, the real man is brilliant, quick-witted, multi-talented, family-oriented, devout, and kind.

So what sort of family tree produces a Stephen Colbert? Geographically concentrated in New York and Illinois upon arrival in America (in some instances, after a brief interval in Canada), the opposite is true in Ireland where all four provinces can lay claim to a piece of Stephen’s past. So dense and deep is his Irishness that I have little choice but to share it in digest form in order to give a short, yet fairly comprehensive tour of his ancestral map. To that end, I’ll focus on the immigrant generation, who mostly emigrated between the 1820s and 1860s, and provide a brief sketch of each pair of his great-great-grandparents. As you peruse these eight clusters, don’t be surprised if you notice some family patterns.

Since we usually have the greatest interest in the surname we start out with, it’s a Murphy’s Law corollary that Colbert is the most mysterious branch in Stephen’s pedigree. It’s also a geographic exception with a third great-grandfather named Anthony, born in the 1790s, who settled in Shepherdstown in what was then Virginia. His descendants would swiftly scatter to Indiana, Illinois, Missouri, Nebraska, and California with Stephen’s line opting for the Land of Lincoln.

Though stories have floated down through the generations of a possible French origin for the Colbert name, the few paper trail indications that exist all point to Ireland, including the marriage record of Stephen’s future great-grandfather, George William Colbert, that notes his race as Irish.

Family lore also holds that George converted to Catholicism in order to marry Angeline Garin, an event which is said to have provoked a cross-burning in their yard. The tale relates that George calmed his new bride saying, “Let it burn. It sheds a lovely light.” While it’s not been possible to verify the incident, the dual-religion aspect rings true as George’s parents were married in the Lutheran church – perhaps because of his mother, Susan Ann Fletcher, who introduced the only non-Irish ancestry into the mix, a combination of German and English.

George Colbert’s bride, Angeline Garin, was born in Carrollton, IL to immigrants Michael Garin and Bridget Caffery. Given that both Michael and Bridget, along with some of their parents and siblings, had crossed the Atlantic in the 1850s, the Famine was undoubtedly a driving factor in their decision to emigrate. The couple married around 1868 and settled amidst a cluster of family members in the Illinois counties of Greene and Macoupin.

The Garin name was a simplified version of one that was spelled variously as Gearon and Guerin in earlier days, and a search of available church registries revealed that Michael’s parents, Michael Gearon and Johanna Nicholson, had married on January 29, 1834 in Limerick. Regrettably, the picture is hazier for Michael’s wife, Bridget Caffery, as documents pertaining to her family contradict themselves and mention both Dublin and Belfast.

Yet another pair of great-great-grandparents who decided to keep their secrets to themselves was John Tormey and Honora Manning. In fact, the few traces they left make it unclear whether they were born in Ireland or New York. All that is reasonably certain is that they had a son, Henry John Tormey, born between 1862 and 1866 in Staten Island. A couple that may be them appears in Castleton, New York in the 1860 census, but then the trail fades. It might have helped if their son had stayed put, but working as a railroad conductor, he bounced around from Staten Island to Port Jervis to Jersey City and finally to the Bronx. It’s lucky for Stephen that Henry was a wanderer, though, because it was in Port Jervis that he met his future wife, Maggie McCrory.

Margaret Ann McCrory was the daughter of Henry McCrory and Margaret McCreash, and it’s the McCrory branch that indirectly contributed Stephen’s middle name of Tyrone. According to Colbert, “The McCrorys were O’Neills way back, and the story was that one of the O’Neills had been the Earl of Tyrone, and so they named me Tyrone after him.”

While there is a Tyrone connection way back in the mists of time, the more immediate link is to Belfast where Henry “McRory” and Margaret “McReesh” were considerate enough to leave a critical clue for future generations by marrying in the Catholic Parish of St. Patrick, which has sacramental registers dating back to 1798. The McCrory-McCreash nuptials took place on October 8, 1842...

*To read the rest of the article and learn about Stephen Colbert's Tuck/Dunn, Lynch/Rowan, Fee/McMahon, Connolly/Maloy ancestors, as well as his father's connection to JFK, click here.