Here’s a list of some of the most tongue-twisting Irish names, and a guide on how to pronounce them! 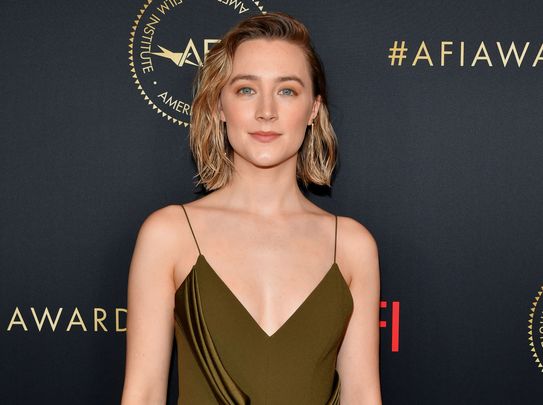 Irish American actress Saoirse Ronan has had a famously tough time with her beautiful Irish name in the US! Getty

Why do some people have such a hard time with Irish names? Is it the double and sometimes triple vowels?!

It's often the double vowel that catches out many people when they try to pronounce Gaelic names. Sometimes the triple vowel, as in “Caoimhe,” completely stumps non-Irish people!

Having an Irish name in the US is an experience unto itself! There's the gradual acceptance that many people you meet - from new friends to the fine baristas at Starbucks - will have no idea how to spell or pronounce your name.

There's the patience you learn to muster as you repeat your name slowly for the umpteenth time.

There's the rare moment of sheer exultation when you encounter someone who gets your name right on the first go, or an Irish speaker who doesn't give it a second thought.

Here’s a list of some of the most tongue-twisting Irish names - and a guide on how to pronounce them:

Meaning a dream or vision. Seen in "The Secret of Kells". Often pronounced “Ass Sling” by Americans. Proper pronunciation is “ASH ling."

This is a difficult one. This is a boy’s name. Pronounced “TIG” as in the first three letters in Tiger, not “Tad guy."

We'll leave it to the expert for this one...

Practice makes perfect! And remember, before you complain about how hard they are to pronounce, it's important that you keep in mind the reason it's so hard; the names are in another language!