Domhnall Gleeson to costar with Steve Carrell in new thriller

In "The Patient," Steve Carell is a therapist held hostage by his serial killer patient played by Irish actor Domhnall Gleeson. 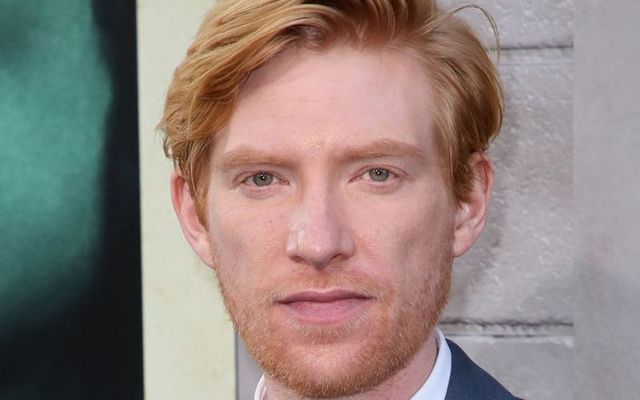 Irish actor Domhnall Gleeson will costar in the new FX thriller "The Patient" with Steve Carell.

According to EW, the psychological thriller will follow shrink Alan Strauss (Carell) as he helps the troubled Sam Fortner (Gleeson) "navigate complex emotions."

A trailer for the series, which will premiere in August, has recently been released.

Sam is a serial killer who needs Alan to help curb his homicidal urges so he takes Alan hostage. To stay alive, Alan must unwind Sam’s disturbed mind and stop him from killing again, but Sam refuses to address some critical issues, like his relationship with his mother.

Meanwhile, Alan excavates his own past through memories of his old therapist and tries to deal with his own repressed emotions surrounding the recent death of his wife and an estranged relationship with his son.

While he is held hostage, Alan "uncovers not only how deep Sam's compulsion runs, but also how much work he has to do to repair the rift in his own family," according to a synopsis.

"With time running out, Alan fights desperately to stop Sam before Alan becomes complicit in Sam's murders or worse — becomes a target himself."

Deadline reports that "The Americans" creators Joel Fields and Joe Weisberg are the team behind the new series, which is executive-produced by Carell, Fields, Weisberg, Caroline Moore, Victor Hsu, and Chris Long.

"The Patient" will premiere Aug. 30 on Hulu.