Irish actor Brendan Gleeson has earned his second Emmy nomination, this time for his role as Scott in "State of the Union." 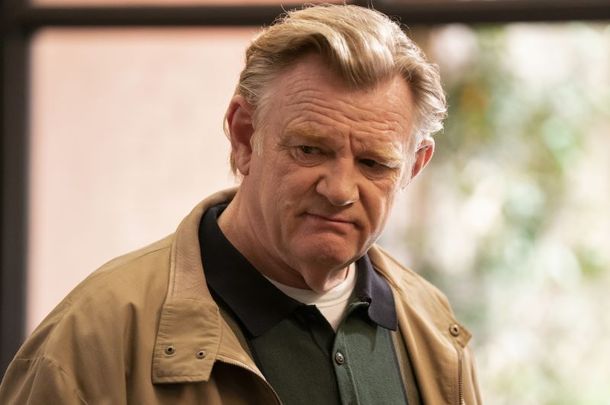 Brendan Gleeson, a native of Dublin, has been nominated in the Outstanding Actor In A Short Form Comedy Or Drama Series category for the 2022 Emmy Awards for his role as Scott in "State of the Union."

Gleeson's "State of the Union" co-star Patricia Clarkson has also been nominated in the Outstanding Actress In A Short Form Comedy Or Drama Series category.

The second season of the "State of the Union," which aired earlier this year on SundanceTV, Sundance Now, and AMC+, features an innovative format of 10 10-minute episodes. The first season of the show, which scooped up three Emmy wins, starred fellow Irish actor Chris O'Dowd.

Gleeson, 67, recently revealed that he hit a new learning curve while filming "State of the Union" alongside his non-binary co-star Esco Jouléy.

“I did not use the pronouns ‘them/they’ for gender-fluid people because I haven’t been in a situation where it was either expected or demanded or, in fact, even introduced as a possibility," Gleeson told the Irish Times.

"So with Esco I kept, and I still do, just going to the wrong pronoun.

He admitted: “Finally I got it, and it was exhilarating. It was thrilling to be brought into a new awareness in that way.”

This is Gleeson’s second Emmy nomination. In 2009, he was nominated - and won - in the Outstanding Lead Actor in a Miniseries Or Movie for his portrayal of Winston Churchill in "Into the Storm."

The 74th Emmy Awards will be broadcast live from the Microsoft Theater on Monday, September 12 on NBC and will stream live for the first time on Peacock.