JC Stewart adapted the lyrics of "I'll be there for you" by The Rembrandts to reflect the current era of social distancing and staying at home. 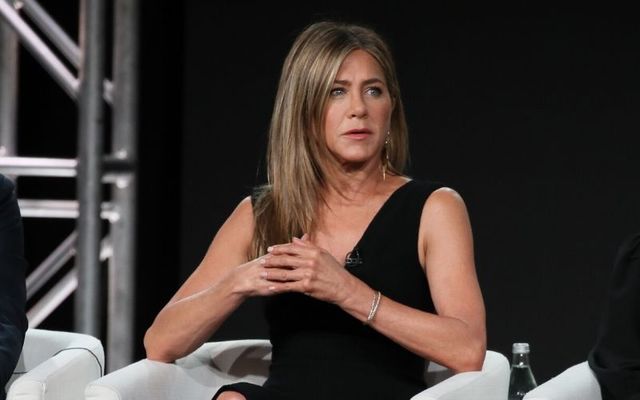 An Irish musician has gone viral after Jennifer Aniston shared his comical quarantine version of the Friends theme tune on her Instagram account.

JC Stewart adapted the lyrics of "I'll be there for you" by The Rembrandts to reflect the current era of social distancing and staying at home.

Little did he know, however, that his effort would reach the ears of Aniston, who played Rachel in the hit US sitcom, and little did he know that she would be so impressed by the song that she shared it on her official Instagram story.

Stewart's quarantine-inspired version of the song opens with the song's original lyrics.

"So no one told you life was gonna be this way. Your life's a joke, your broke, your love life's DOA."

That is where the similarities between the two songs stop, however.

Stewart's reworked lyrics reflect the current situation and hilariously deal with some of the worst habits people are picking up during quarantine. He comically tweaked the song's original chorus from "I'll be there for you" to "I'll be here all day."

"It looks like we'll be inside for a year. Or it might only be a day, a week, or months – it's really not clear.

It’s painfully apparent that I peaked making this video. If you want to watch a man lose his mind in real time it’s @iamjcstewart on tik tok 🙃

The video even appeared on Good Morning America and Stewart's original Instagram post now has more than 500,000 views after Aniston shared it.

The Irish singer-songwriter couldn't believe his newfound fame. He took to Tiktok to proclaim his disbelief.

"Did I just make it onto Good Morning America?!?" his caption said as he jokingly spit out his drink in shock.